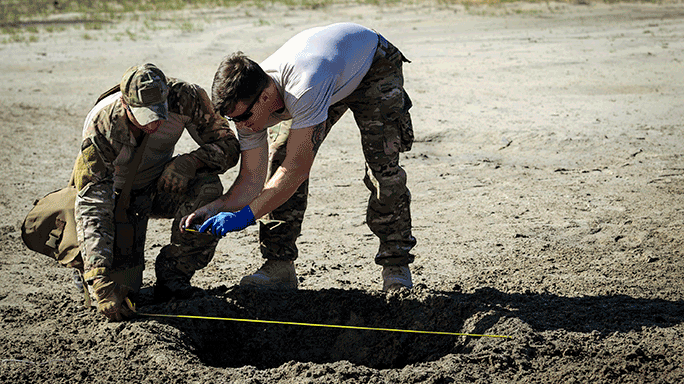 After an explosion, when the smoke settles and the blaze has been contained, a new mission begins. Like a puzzle, shrapnel blasted in every direction can be pieced together to uncover the mode of detonation. Explosive ordnance disposal Airmen assigned to the 1st Special Operations Civil Engineer Squadron are trained to do just that.

The EOD team at Hurlburt Field recently conducted post-blast analysis training, a form of analysis that takes place after an improvised explosive device has detonated.

“Most people just see an explosion and think that’s it, but it doesn’t end there,” said Staff Sgt. Thomas Johnson, an EOD journeyman with the squadron. “It really starts there, and it’s the work that begins after the explosion that reveals everything about the scenario.

“The goal is to reconstruct what happened, not only to find out what the device was, but how it was planted, why, who and under what circumstances,” Johnson continued. “What was their target?”

The desired result when looking at the IED and the site surrounding it is to recreate the scenario, as a whole. The entire scene is then explained through summary, narratives and diagrams.

“The hard part can be if the explosion consumes everything, all you are left with is a blast hole and you are trying to recreate the whole event from nothing,” Johnson said.

In hostile environments, EOD Airmen may not be able to conduct in-depth blast analysis, but if the scene allows, they can spend up to a week investigating the area.

“What you’re trying to do is find every piece of the IED that detonated.” said Staff Sgt. Teddy Compston, an EOD journeyman at the squadron. “That is really difficult because there are so many things you can use to make an IED, so you never really know what you are looking for.”

Wood boxes, plastic containers and backpacks are just some items that can be used, as well as multiple types of batteries, from double A to car batteries.

Training EOD Airmen to collect evidence during a post-blast analysis will ensure they can accomplish their mission down range.

“If they have never seen a post-blast or trained on evidence preservation, this is something they won’t get out of a PowerPoint or a simple lecture,” Johnson said. “It’s hands-on.”

The ability to get out of the classroom and onto the range allows an EOD technician to train effectively and optimize their performance in a deployed location.

“What I want to get out of this range day is to give them experience for the future in case they have to do it in the real world,” Compston said. “I don’t want their first post-blast to be a real-life situation.” 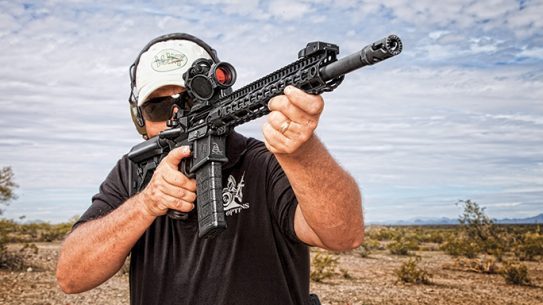 Ride along with the speedy, reliable, accurate and U.S.-component-built Minute Man SSK12.