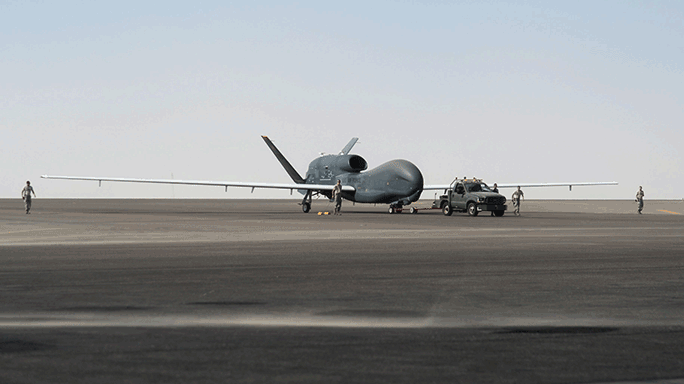 As the morning sun beat down on its nearly 131-foot wingspan, the EQ-4 Global Hawk unmanned aircraft descended from its 60,000-foot perch for the 500th time, coming to rest at an undisclosed location in Southwest Asia Nov. 11.

The Veterans Day landing was a historic one for the Global Hawk. It was the first time that a single weapon system reached the 500-sortie milestone, and with nearly 13,000 flight hours logged, this weapon system is living up to the nickname “workhorse.”

“We call this one the workhorse because it’s putting in all the hours,” said Staff Sgt. Bradley, a 380th Expeditionary Aircraft Maintenance Squadron tactical aircraft maintainer craftsman. “Reaching 500 flights is a pretty big accomplishment, especially for how new the fleet is.”

Battlefield commanders rely upon several different configurations of the Global Hawk to provide the intelligence, surveillance and reconnaissance capabilities they require.

“These platforms are on both ends of the kill table, from developing targets to enabling strikes through communications they provide,” said Col. John, the 380th Expeditionary Operations Group commander.

Three RQ-4 Global Hawks were converted to an EQ-4 relay configuration carrying the Battlefield Airborne Communication Node (BACN) in 2009 to enhance communications between the operators on the ground and air.

“The EQ-4’s Global Hawk’s primary mission is BACN, which is essentially a cell phone tower in the sky,” said Master Sgt. Matthew, the 380th EAMXS lead production superintendent. “There are three EQ-4s in the world, and they are all located here in support of Operation Inherent Resolve.”

The EQ-4 helps fight the war against Islamic State of Iraq and the Levant by enabling U.S. forces on the ground to radio in an airstrike to friendly aircraft by bridging the communication gap from the ground to elevations as high as 60,000 feet.

“When you have guys on the ground fighting the war and you have the Global Hawk in the air acting as a satellite, it ensures the guys on the ground can talk to the guys in the air,” said Senior Airmen Michael, a 380th EAMXS tactical aircraft maintainer journeyman. “Flying at altitudes of 60,000 feet gives the Global Hawk UAV an added level of security.”

The EQ-4 also provides connectivity between coalition partners, which is vital when attempting to deconflict airspace and prioritize targets on the ground.

“If an (allied F-15 Fighting Falcon) aircraft needed to talk to one of our F-15s, this Global Hawk enables them to do that,” Bradley said. “It will also allow allied troops on the ground to get in touch with our jets.”

Once the EQ-4’s mission is complete it returns home where maintainers are able to complete ground maintenance within five hours to return the aircraft to mission ready. However, these aircraft are usually able to have a day off in between their 30-plus hour missions.

Editor’s note: Full names are not used in the story to protect the individuals involved. 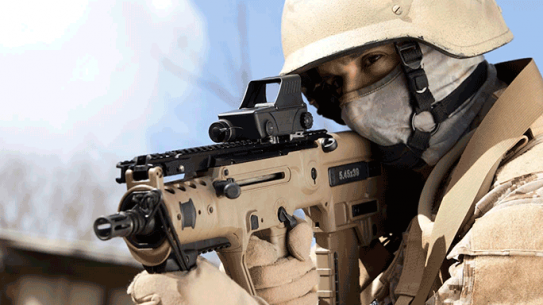