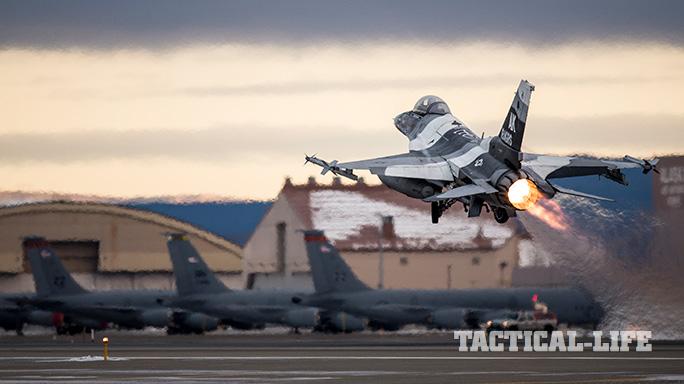 The following is a release from the Secretary of the Air Force Public Affairs:

The aggressors are currently based at Eielson AFB, Alaska, which the Air Force announced last year is the preferred alternative for 48 F-35A Lightning II aircraft.

“Once the (Air Force) made the decision to bed down the F-35 at Eielson, we had to re-assess the viability of retaining the aggressor mission at the same location. Keeping them at Eielson proved to be the most operationally sound option, as well as the most cost effective,” said Mark A. Pohlmeier, the acting deputy assistant secretary of the Air Force for installations. “Maintaining the 18th AGRS at Eielson makes sense because the proximity of Eielson AFB to JPARC (Joint Pacific Alaska Range Complex) is optimum to support both Red Flag–Alaska and Distant Frontier exercises.”

Pohlmeier went on to explain that moving the 18th AGRS to another location would actually cost more money over the long term.

“Even if the Air Force moved the 18th AGRS to another location the adversary air requirement in the region remains, which would require the Air Force to send units to Alaska on temporary duty to support the requirement,” Pohlmeier said. “The annual recurring cost for temporary duty support would exceed the one-time $123.1 million military construction cost (which would be required if the F-35s are based at Eielson AFB) in just three years.

The Air Force has already begun the Environmental Impact Analysis Process to evaluate the impact of basing the F-35s at Eielson AFB while retaining the F-16 aggressor aircraft. 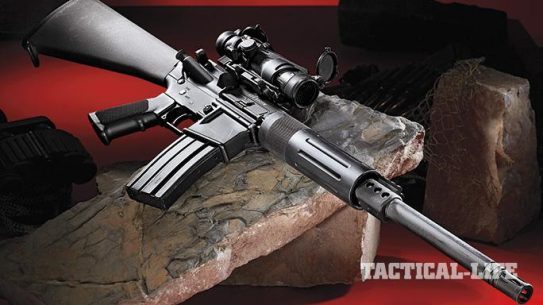