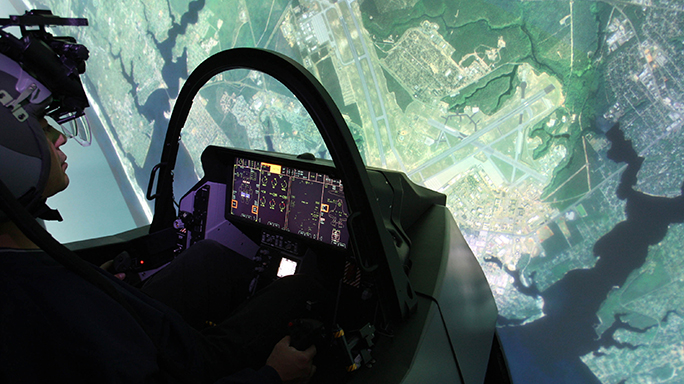 The following is a release from the U.S. Marine Corps:

Marine Fighter Attack Squadron (VMFA) 121, also known as the “Green Knights,” received the latest version of support software for the F-35 and all four of their Full Mission Simulator trainers became ready for operational use with Block 2B Initial Warfighting software, June 22.

“ALIS is absolutely integral to maintaining and operating F-35s,” said Sprang. “[It] turns a vast amount of data into actionable information that enables pilots, maintainers and military leaders to make proactive decisions and keep jets flying.”

The F-35 Lightning II Training System consists of academic, live-flight and simulation training. Now, pilots aboard the air station can train together in the same virtual environment with four simulators linked together and running the latest aircraft software, Block 2B. The simulators constantly receive updates to further enhance the training experience for pilots and maintainers.

“The biggest change to the simulator relative to us is the software in the simulator matches what’s in the plane,” said Maj. John Price, an F-35B pilot and executive officer of Marine Fighter Attack Squadron (VMFA) 121. “The capabilities I see in the jet every day are the same things I see when I go over to the simulator.”

Both systems increase Marines’ proficiency with the F-35B, according to Price.

ALIS 2.0.1 is the latest release of the software and has been released to the USMC on new mobile equipment. Aircraft maintenance, mission planning and debrief capabilities continue to be enhanced under an incremental development approach

“[Pilots] create missions that go on hard drives that plug into the jets,” said Gunnery Sgt. Brian Erline, VMFA-121 aviation logistic information management specialist. “Once it’s plugged in, they conduct their missions. That same hard drive that had the mission is capturing required maintenance actions for that jet. This tells the maintainers which parts are reaching their life limit and which [parts] require attention.”

According to Sprang, the latest modular hardware provides rugged durability and mobility. The system is disassembled, transported and re-assembled at the deployed site. Prior to the introduction of this hardware, ALIS consisted of typical stationary ‘server’ racks kept in the computer room.

“With more than two years left to go in the development phase of the program, capabilities continue to be added to ALIS,” said Erline. “However, the Marine Corps has everything it needs today in terms of functionality to have an initial operating capability.”

Similarly, the F-35 Training System’s simulator holds truer to its real-life counterpart, thanks to the latest Block 2B software. The software is used in the actual jets and in the simulators, providing the most accurate information possible.

“It’s very accurate in regards to the visuals and the types of simulations that can be done,” said Capt. John Stuart, an F-35B pilot with VMFA-121. “Getting training in division and sections is something that is a very high value with regards to saving money and getting good, real-time debriefing capabilities from a pilot at the console who is monitoring the simulator.”

The systems will help the Marines of VMFA-121 declare Initial Operating Capability in July. The aircraft will be ready for future deployments aboard U.S. Navy amphibious carriers following the declaration of IOC. 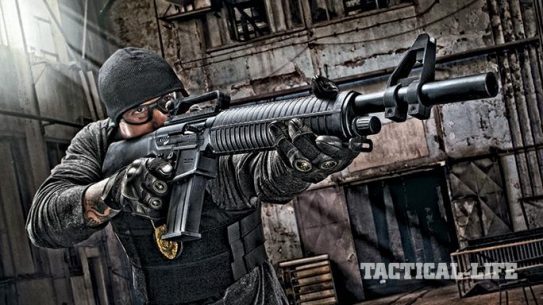