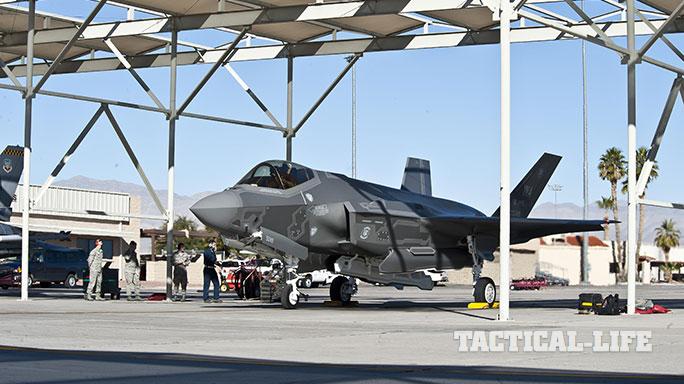 A new era began at the U.S. Air Force Weapons School when its first F-35A Lightning II touched-down on the flightline here Jan. 15, flown straight from the Lockheed Martin plant in Fort Worth, Texas.

Working in conjunction with the U.S. Air Force Warfare Center and 422nd Test and Evaluation Squadron, Col. Adrian Spain, the USAFWS commandant, said the weapons school’s first F-35 will be used to drive tactics development with the immediate goal of creating a curriculum for the first F-35 course.

“That’s going to be the initial focus over the next year,” Spain said. “Certainly in the next year-and-a-half or so, we will be far enough along in continuing (tactics development) to develop a weapons school syllabus for the F-35. …In the next two years, we’ll be transitioning pilots in the short term to get F-35 experience, but we’ll also be developing the (combat air forces) syllabus.”

The arrival and integration of the F-35 into the school is a natural evolution toward the Air Force’s desired force mixture and will have far-reaching effects, explained Spain.

“The addition of the F-35 is something that is unquestionable in terms of its impact on the rest of the Air Force and our ability to wage war in a modern battle space,” Spain said. “Because it’s the latest fighter we have in our inventory, those capabilities need to be integrated as quickly as possible and as efficiently as possible, so the rest of the field knows how to go to war with it, if it’s ever called upon.”

While the first and subsequent USAFWS-assigned F-35s will initially operate under the umbrella of the 16th Weapons Squadron – the weapons school’s F-16 squadron – it is important not to template any of the current legacy aircraft, and how they execute missions, onto the F-35, said Lt. Col. David Epperson, the 16th WPS commander.

“We’re going to build the F-35 weapons school cadre out of people from every MDS, (or) mission design series,” Epperson said. “We’re going to continue to take instructors and experts from all the MDSs and combine them together, so that we can leverage all of their knowledge from their own MDS as we move forward to the mission sets of the F-35. …So it’s going to be incumbent upon the (weapons instructor course) instructors, along with all the operational test and evaluation cadre that develop the tactics, to think outside of the container, and to look into the future and develop brand new tactics using their expertise.”

Epperson also said the school will take a “building-block approach” with the F-35.

“U.S. Air Force Weapons School programs, as they are currently set up, leverage all of the capabilities that the Air Force has to offer; especially as we get into more of the integrated scenarios toward the end of the course,” he said. “The last three weeks of the course we do different types of integration and the F-35 will start to integrate as part of those, even before it stands up as a weapons school course. …As we learn more through the tactics development of the F-35, we’ll see where it will blend into the current capabilities of the assets we have at the weapons school and we will make that part of the syllabus, so we (can) expose the weapons school graduate to the capabilities that the F-35 has.”

Maj. Gen. Jay Silveria, the USAFWC commander, said the future of the F-35 at the school and at Nellis Air Force Base is bright.

“We take our role in preparing the F-35 for its initial operational capability seriously,” Silveria said. “Nellis is out in front of this — Nellis is leading the way in preparing the F-35 and developing the tactics and testing it operationally. (Flying the F-35) is like getting a glimpse into the future. It’s pretty amazing to see what the Air Force is going to be like in the future and that future is pretty incredible.” 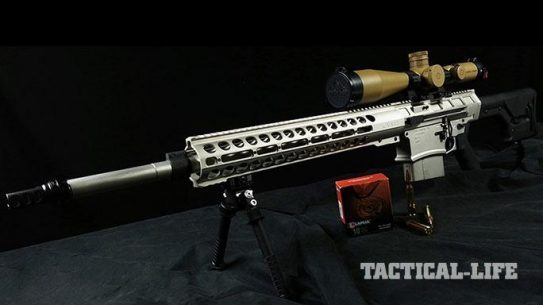 The all new KIVAARI from DRD Tactical comes with a Magpul PRS adjustable stock...