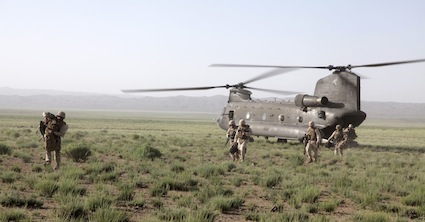 The families of Navy SEAL Team 6 members killed in a disastrous August 2011 helicopter crash in Afghanistan blamed the government for the tragedy, during an emotional press conference in Washington Thursday.

The family members, speaking at the National Press Club, tried to reopen the book on the crash, in which 30 Americans were killed, most of them belonging to the same unit as those who carried out the raid on Usama bin Laden earlier that year. The helicopter was shot down by insurgents.

During the event organized by a group called Freedom Watch, family members and former military personnel claimed President Obama turned the SEALs group into a Taliban target after the administration revealed they had conducted the bin Laden raid.