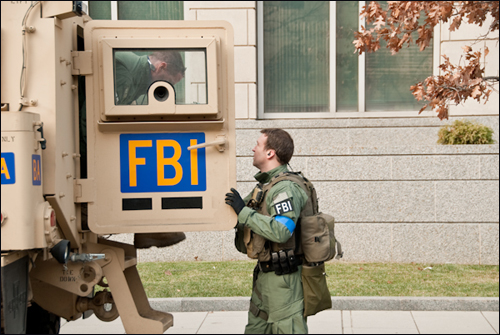 As Barack Obama took the oath of office to become the 44th President of the United States, the men and women in our Command and Tactical Operations Center paused briefly to witness the historic occasion on flat screens around the room—but only briefly. Then it was back to the business of communicating with agents in the field and our partners at other command posts around the city to continue to monitor the event and to assess any possible threats.

Millions of people arrived in Washington almost overnight for inaugural activities, but we started planning security with our law enforcement partners six months ago. Our 24/7 security coverage began January 17 and continued throughout the festivities.

From the command center at our Washington Field Office, agents, analysts, administrators, and members of our Joint Terrorism Task Force fielded tips from the public and used sophisticated mapping and surveillance technology to track suspicious activity as well as to monitor our response teams on the ground near the Capitol and the inaugural parade route along Pennsylvania Avenue.

More than 150 plainclothes teams on foot and in vehicles were “our eyes and ears on the ground—our trip wires, if you will,” said John Perren, Special Agent in Charge of our Counterterrorism Division at our Washington office. The teams were looking for anything suspicious—an abandoned backpack at a Metro station that could be a bomb, an unknown liquid in a plastic bottle that might be a weapon of mass destruction. If necessary, ground teams could also quickly respond to a crisis situation.

The command center—the hub of FBI communications activity—enabled teams in the field to share information in real time and allowed its staff to continually update the threat assessment. Manning the operation were some of the Bureau’s most “battle-tested” personnel, said Joseph Persichini, Jr., who heads the Washington Field Office. “Many people in the room were here during 9/11 and responded to the Pentagon after the attacks,” he said. “Our team is phenomenal.”

But every major event is different, he added, and despite the fact that our extensive intelligence gathering revealed no credible threats prior to Inauguration Day, the command post responded immediately to multiple threats. Our intelligence assets from around the world were put into play to “run any threats to the ground,” Perren said.

Meanwhile, over at the Joint Information Center run by the U.S. Secret Service, more than 20 agencies handled all the media for security issues. “We got every call under the sun,” said Richard Kolko, who along with Jason Pack represented the FBI at the center.
Later in the day, as President Obama made his way down Pennsylvania Avenue on his way to the White House, flanked by what may be a record number of onlookers, one of our agents on the street praised the cooperation between our law enforcement partners and all the behind-the-scenes efforts that went into not only the President’s security but the public’s safety.

“It’s a good feeling,” he said, “that our work allowed people to celebrate this historic event without any major security incidents.” 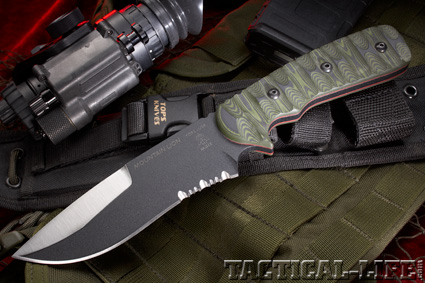