Circumstances: Of the 56 officers feloniously killed, 15 were ambushed; 14 of the slain officers were involved in arrest situations; eight were investigating suspicious persons/circumstances; seven were performing traffic stops/pursuits; six were answering disturbance calls; three were involved in tactical situations (e.g., high-risk entry); two were conducting investigative activity such as surveillance, searches, or interviews; and one officer was killed while transporting or maintaining custody of prisoners.

Weapons: Offenders used firearms to kill 55 of the 56 victim officers. Of these 55 officers, 38 were slain with handguns, 15 with rifles, and two with shotguns. One officer was killed with a vehicle used as a weapon.

Regions: Twenty-two of the felonious deaths occurred in the South, 18 in the West, 10 in the Midwest, and three in the Northeast. Three of the deaths took place in Puerto Rico.

Suspects: Law enforcement agencies identified 69 alleged assailants in connection with the 56 felonious line-of-duty deaths. Fifty-seven of the assailants had prior criminal arrests, and 19 of the offenders were under judicial supervision at the time of the felonious incidents.

Of the 72 law enforcement officers killed in accidents while performing their duties in 2010, the majority of them (45 officers) were killed in automobile accidents. The number of accidental line-of-duty deaths was up 24 from the 2009 total (48 officers).

In 2010, 53,469 law enforcement officers were assaulted while performing their duties. Of the officers assaulted, 26.1 percent suffered injuries. The largest percentage of victim officers (33.0 percent) were assaulted while responding to disturbance calls (family quarrels, bar fights, etc.). Assailants used personal weapons (hands, fists, feet, etc.) in 81.8 percent of the incidents, firearms in 3.4 percent of incidents, and knives or other cutting instruments in 1.7 percent of the incidents. Other types of dangerous weapons were used in 13.1 percent of assaults.

Law Enforcement Officers Killed and Assaulted, 2010, is available exclusively on the FBI’s website at http://www.fbi.gov/about-us/cjis/ucr/ucr. 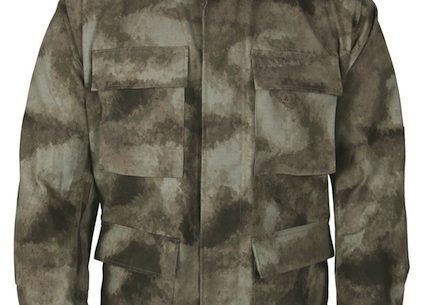 Felonious Deaths The 56 felonious deaths occurred in 22 states and Puerto Rico. The…