Headquarters/Multiple Field Offices: Financial Fraud Enforcement Task Force Announces Results of Broadest Mortgage Fraud Sweep in History
The results of a nationwide takedown, “Operation Stolen Dreams,” were announced. It was an interagency effort targeting mortgage fraudsters throughout the country and is the largest collective enforcement effort ever brought to bear in confronting mortgage fraud.

New York: Faisal Shahzad Indicted for Attempted Car Bombing in Times Square
A federal grand jury in the Southern District of New York returned a 10-count indictment charging Faisal Shahzad for allegedly driving a car bomb into Times Square on the evening of May 1, 2010.

St. Louis: Jury Convicts Two Men on Murder-for-Hire Charges
James K. Kornhardt and Steven A. Mueller were convicted of conspiracy to commit murder-for-hire in connection with the October 22, 1992 murder of Danny Harold Coleman. Danny Coleman’s wife, Karen Coleman, pled guilty to the same charges. According to evidence presented at trial, Coleman began recruiting a prison inmate in 1990 to arrange the murder of her husband.

Charlotte: Kosovar National Charged with Terrorism Violations
Bajram Asllani, a resident of Mitrovica, Kosovo, was charged in a criminal complaint with providing material support to terrorists and conspiring to murder, kidnap, maim, and injure persons abroad. The United States intends to seek his extradition from Kosovo to stand trial in Raleigh. In accordance with the extradition agreement between the United States and Kosovo, Asllani faces a potential maximum of 40 years in prison if convicted. Full Story
Washington Field: Twenty-Seven Members of American Outlaw Association Motorcycle Gang Indicted

The national president and 26 other members and associates of the American Outlaw Association motorcycle gang were indicted by a federal grand jury in the Eastern District of Virginia. The 12-count indictment, which was returned on June 10, 2010, alleges that the men participated in a criminal enterprise that engaged in a wide range of crimes, including attempted murder, kidnapping, assault, robbery, extortion, witness intimidation, narcotics distribution, illegal gambling, and weapons violations.

Indianapolis: Bloomington Physician Charged with Health Care Fraud and Unlawful Drug Distribution
Kamal Tiwari, a medical doctor practicing in Bloomington, Indiana, was indicted for health care fraud, health care fraud resulting in serious bodily injury, and 11 counts of unlawful drug distribution. The indictment was unsealed this week, following Tiwari’s arrest. These charges are the result of a more than two-year investigation by the Inspector General of the United States Department of Health and Human Services, Indiana Medicaid Fraud Control Unit, Office of the Indiana Attorney General, and the Federal Bureau of Investigation.

Minneapolis: Truman Man Indicted for Transporting a Child for Sexual Purposes and Producing Child Pornography
A federal indictment was unsealed against an over-the-road trucker from Truman, Minnesota for allegedly taking a child on interstate trucking trips for the purpose of having sexual relations with the child and producing pornography involving the child. The indictment was filed on June 15, 2010, charging Kenneth Leon Wilcox with five counts of transportation of a minor with intent to engage in criminal sexual activity and five counts of production of child pornography.

Boston: Springfield, Massachusetts Man Pleads Guilty to Church Arson
Benjamin Haskell pled guilty to a superseding information charging him with two crimes related to the burning of the Macedonia Church of God in Christ in Springfield on the morning after President Barack Obama was elected as president of the United States.

New Orleans: Former Mandeville Mayor Sentenced to Over Five Years in Prison for Honest Services Mail Fraud and Tax Evasion
Edward J. Price, a resident of Mandeville, Louisiana, was sentenced in federal court to over five years’ imprisonment. In addition, the defendant was ordered to pay restitution to the Internal Revenue Service in the amount of $17,756.00 and to serve three years’ supervised release, during which time he will be under federal supervision and risks additional imprisonment should he violate any terms of the release.

Chicago: Serbian National Arrested in Fraud Plot
Louis Sokolovic, a Serbian national living in Chicago’s north suburbs, was arrested on charges of attempting to purchase a device commonly used for ATM skimming. During the course of the investigation, Sokolovic is alleged to have made frequent mention that the device would be used to capture account information and PINs from unsuspecting ATM customers, which Sokolovic would then use to steal funds from the victims’ accounts. Sokolovic was unaware that the individual with whom he was negotiating was secretly working for the FBI. Full Story 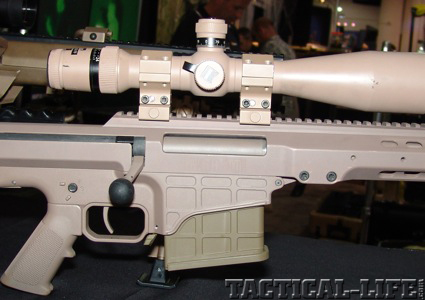