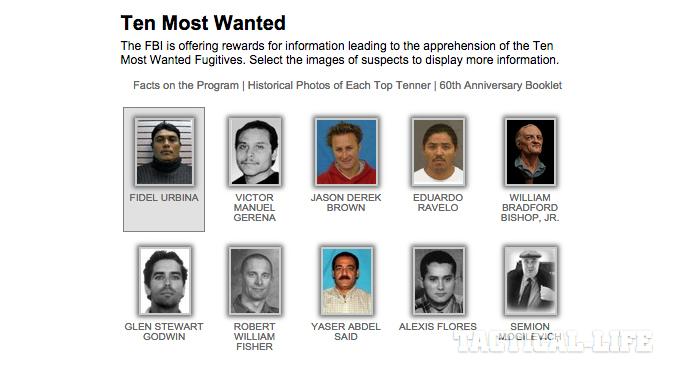 The following is a release from the FBI:

The FBI today announces the FBI’s commemoration of its famous Ten Most Wanted Fugitives program, created 65 years ago.

In 1949, a reporter for the International News Service (the predecessor to United Press International) approached the FBI and asked about writing a story about the “toughest guys” being sought by the FBI at the time. The Bureau provided the names and descriptions of 10 fugitives to the reporter. The resulting feature became a major story and garnered national attention. In response to the overwhelming public interest, on March 14, 1950, then Director J. Edgar Hoover inaugurated the FBI’s Ten Most Wanted Fugitives program.

Since then, the FBI, through the Top Ten list, has been asking for help from the public to locate its most dangerous fugitives. The response has been impressive. Since 1950, 504 fugitives have appeared on the list; 473 have been apprehended or located, with 156 of those fugitives located as a direct result of citizen cooperation.

As the nature of crime and FBI priorities have evolved over the years, the makeup of the Top Ten list has also changed. While the list began by featuring bank robbers and murder suspects fleeing state jurisdiction, it has evolved into a tool to search for major organized crime figures, cyber criminals, child predators, and white-collar criminals. The list also reflects the international scope of crime which emphasizes the importance of strong global partnerships in the search for violent criminals who know no boundaries and pose a significant danger to all.

Just as the composition of the list of Top Ten fugitives has changed over the years, the ways in which the FBI communicates with the public have also been revolutionized by technological advancements. While the publication of fugitive information via newspapers and magazines initially brought broader participation to the program, the FBI now uses the Internet, television, social media, and digital billboards as it continues to seek the public’s assistance in locating wanted fugitives.

The FBI places a high priority on the fugitive investigations represented on the list. At a minimum, a reward of up to $100,000 is offered by the FBI for information leading directly to the arrest of a Top Ten fugitive. In some instances, the reward amount offered exceeds $100,000.

That reporter’s idea, so many years ago, to form a partnership among law enforcement, the media, and the citizens of the world, continues to prove beneficial today. As the FBI’s Ten Most Wanted Fugitives program celebrates 65 years of success, the expectation is that it will continue to empower citizens across the country and around the world to safely and effectively assist law enforcement for years to come.

More information about the Ten Most Wanted Fugitives program, including the current list of fugitives, is available on the FBI’s website at FBI.gov/wanted/topten. 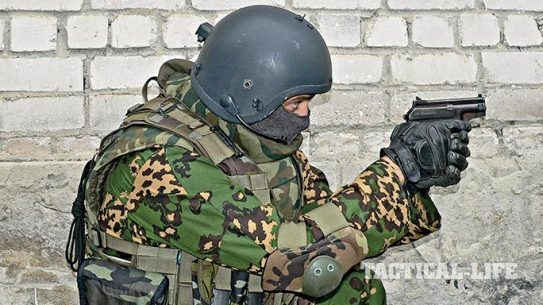 Suppressed covert pistols built to give the Red Army the edge in the Cold...