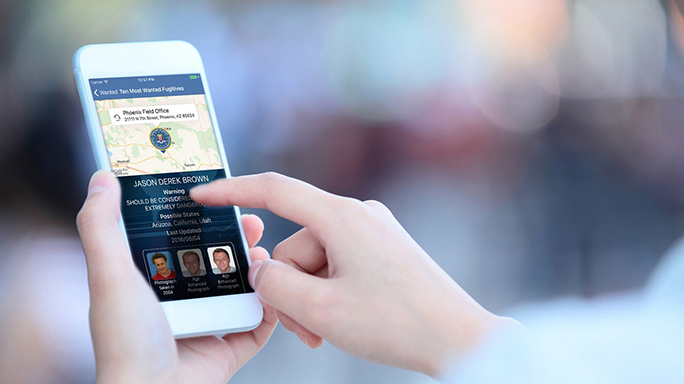 The FBI is bringing the fight against crime right to your smartphone via a brand new mobile app called FBI Wanted.

The app lets you view, search, sort, filter and bookmark the full range of information issued by the FBI, including pictures and descriptions of wanted fugitives, missing persons, crime suspects, deceased victims and other people the Bureau is trying to locate or identify, the FBI said in a press release.

“Since the earliest days of the Bureau—when wanted flyers were tacked to post office walls—the public has played a vital role in helping the FBI and its partners locate criminals on the run and solving cases of all kinds,” says Christopher Allen, head of the Investigative Publicity and Public Affairs Unit in the FBI’s Office of Public Affairs. “This app is designed to put another digital tool in the hands of concerned citizens so they can help protect their families and communities.”

FBI Wanted is free and works on Apple and Android devices, and, depending on your device, it can be downloaded from the Apple App store or Google Play. Here are some of the convenient features it offers:

According to the press release, this is the third mobile app the FBI has launched. Back in 2011, they introduced the Child ID app, which lets parents store their children’s pictures and vital information should their child go missing. It’s been downloaded nearly 350,000 times. The other app, the FBI Bank Robbers app, came out in August of 2016. Its aim is to publicize unknown violent and serial robbers sought by the FBI.

“Thousands of cases have been solved over the years thanks to the watchful eyes of concerned citizens, and that has made the country a safer place for all of us,” said Allen. “The FBI Wanted app will help carry on this tradition of partnership. We encourage everyone to download it and report any pertinent tips to the FBI.” 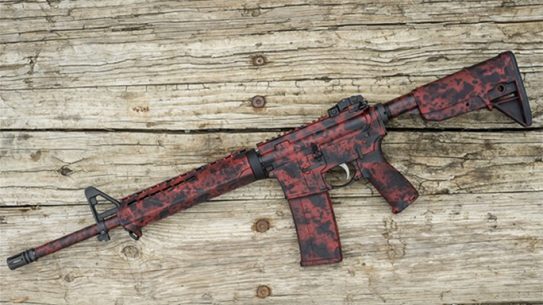 This Valentine's Day, Springfield is auctioning 'His & Hers' SAINT rifles that feature custom...