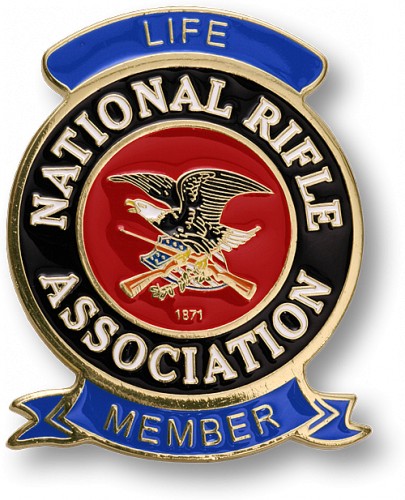 The United States Court of Appeals for the Seventh Circuit ruled today that Illinois’ total ban on carrying firearms for self-defense outside the home or business is unconstitutional. The case involves lead plaintiff Mary Shepard, an Illinois resident and a trained gun owner, who is licensed to carry a concealed handgun in both Utah and Florida. The National Rifle Association is funding this case. The Illinois State Rifle Association is a co-plaintiff in this case.

“Today’s ruling is a victory for all law abiding citizens in Illinois and gun owners throughout the country,” said Wayne LaPierre, Executive Vice President of NRA. “The court recognized that the text and history of the Second Amendment guarantee individuals the right to carry firearms outside the home for self-defense and other lawful purposes. In light of this ruling, Mary Shepard and the people of Illinois will finally be able to exercise their Second Amendment rights.”

On September 28, 2009, while working as the treasurer of her church, Ms. Shepard and an 83-year-old co-worker were viciously attacked and beaten by a six-foot-three-inch, 245 pound man with a violent past and a criminal record. Ms. Shepard and her co-worker were lucky to survive, as each of them suffered major injuries to the head, neck and upper body. Ms. Shepard’s injuries required extensive surgeries and she continues physical therapy to this day attempting to recover from her injuries.

In today’s decision, Judge Richard Posner ruled that Illinois’ ban on carriage is unconstitutional. The Judge went on to say, “One doesn’t have to be a historian to realize that a right to keep and bear arms for personal self-defense in the eighteenth century could not rationally have been limited to the home. . . . Twenty-first century Illinois has no hostile Indians. But a Chicagoan is a good deal more likely to be attacked on a sidewalk than in his apartment on the 35th floor.”

“Today’s ruling is a major victory for law-abiding Illinoisans—and for everyone who understands that the Second Amendment protects the right both to keep arms, and to bear arms,” added Chris W. Cox, executive director of NRA’s Institute for Legislative Action. “This ruling makes clear that Illinois cannot deny law-abiding residents the right to carry a firearm for self-defense outside the home. This is a step in the right direction for all gun owners. We know it probably won’t be the end of this case, and we’re ready to keep fighting until the courts fully protect the entire Second Amendment.”