Efforts since last May to get new bulletproof vests for Lawrence County sheriff’s deputies and corrections officers at the jail finally have paid off, said Sheriff Jeff Lawless.

Lawless was able to get a federal grant from the U.S. Department of Justice that will pay half the cost for 37 new vests for the road patrol deputies and deputy jailers. The sheriff’s department will have to pay half the cost of the vests, which cost $27,350.50.

“They’ve been ordered,” Lawless said. “We hope to have them in by the first week in February. We have to pay the total cost and then we’ll get reimbursed for half the cost.”

The vests have a life of around five to seven years and need to be replaced every so often, he said.

“I wear mine every time I’m in uniform,” said Todd Easterling, a sheriff’s deputy. “It’s like part of my uniform. You never know what you’re going to get into.”

While the vests are a little bulky, they’re not nearly as bad as the flak vests he wore when he was in the military in Afghanistan, Easterling said.

“It’s a dangerous job,” Lawless said. “We’re the front line of defense for the public. It seems some people have little regard for human life” and will shoot at law enforcement officers, he said.

Such was the case Jan. 1 when a Clark County sheriff’s deputy was killed in the line of duty in the Springfield, Ohio, area.

The sheriff’s department was able to get through 2010 without the help of the Lawrence County Board of Commissioners, but it will be a lot tougher this year, Lawless said. 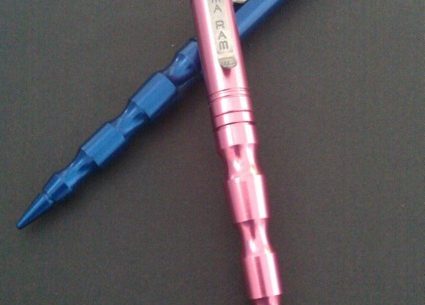