Two of the 133 guns reported stolen from MT Sports during an Aug. 3 burglary of Conway Freight Co. in Billings have been found outside the state.

The incident was the largest firearms theft in the state.

Kenneth Bray of the Federal Bureau of Alcohol, Tobacco, Firearms and Explosives would not specify which state the guns were found in, only saying it was in the western half of the country.

“They are two separate jurisdictions in the same state,” Bray said.

The two weapons that were recovered are both handguns. One was found last week and the other about three days ago.

Once the 133 guns were reported stolen, police entered them in the National Crime Information Center system. The system gives officers across the country the ability to track stolen guns by entering the make, model and serial number.

“That’s how they were aware that the guns were stolen, and we were then contacted,” Bray said.

ATF put out a $10,000 reward to those with information about the burglary case in September.

“We are still looking for help from the public,” Bray said. “Calls were coming in fairly steady for a while, and we followed up on most of the vast majority of those.” 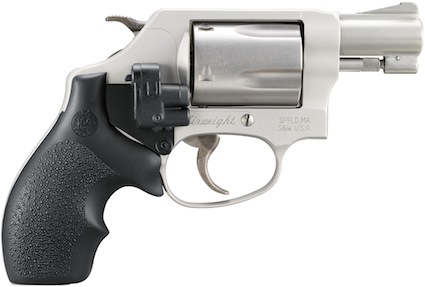 Two of the 133 guns reported stolen from MT Sports during an Aug. 3…