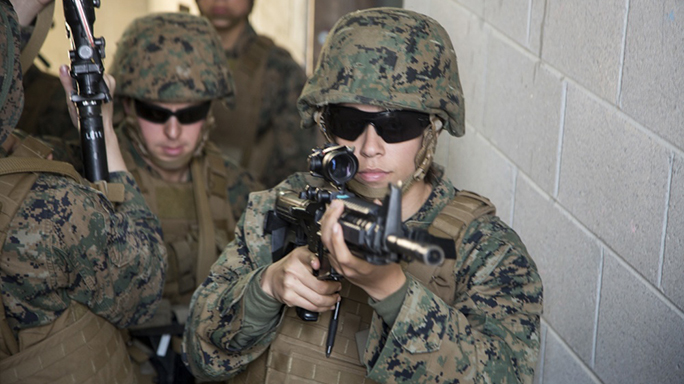 It was an historic moment for the Marine Corps last Thursday as the first three female infantry Marines officially joined their unit at Camp Lejeune, North Carolina.

According to the Marine Corps Times, the three women will serve as a rifleman, machine gunner and mortar Marine respectively in 1st Battalion, 8th Marines. All three graduated from the Marine Corps School of Infantry while participating in the Corps’ gender integration study.

The move comes after Defense Secretary Ash Carter shot down a request from the Corps that women be kept out of combat roles after the aforementioned gender integration study found that teams consisting of both men and women don’t perform at the same level as all-male teams, the Times said.

Thus, the Corps went back to the drawing board and came up with a plan to integrate women into MOS (Military Occupational Specialties) that had previously only been available to men. Carter approved the plan in March of last year, and now here we are.

But it’s not entirely clear that gender integration will continue under the incoming presidential administration. As the Times reports, President-elect Donald Trump’s pick for Secretary of Defense, James “Mad Dog” Mattis, recently hit out at “shortsighted social programs” that could reduce U.S. military effectiveness.

Meanwhile, Marine Corps Commandant Gen. Robert Neller has said that, until he hears otherwise, the Corps will go ahead with gender integration.

“I’ve heard people speculate on it,” Neller told reporters in December. “I don’t do speculation. Until the 20th of January, we’ve been told what to do and we’re in the process of doing it.”

The Associated Press said in June there were seven female officers in either combat posts or waiting in line to serve, with an additional 167 women in “noncombat jobs in front-line units.”

In all, there are roughly 40,000 Marines in the 2nd Marine Expeditionary Force, the AP reported. 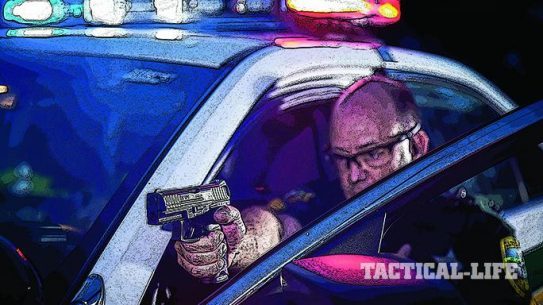 10 reliable striker-fired pistols that offer plenty of firepower for law enforcement and personal...