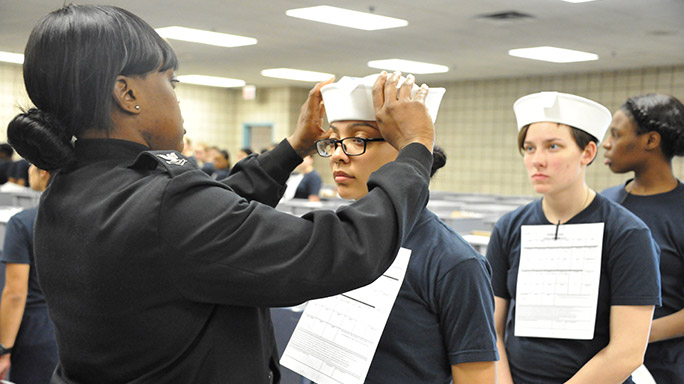 The first female recruits at Recruit Training Command were issued their new enlisted white hats, or Dixie cups, as part of the Navy’s efforts for uniformity in service members’ uniform, April 4.

While the rest of the enlisted female E1-E6 Sailors have until Oct. 31 to begin wearing their Dixie cups, the recruits at the Navy’s only boot camp have already begun to do so as per NAVADMIN 236/15.

The Navy redesigned several uniform elements for Sailors that improve uniformity across the force as well as improve the function and fit of their uniforms. The changes will eventually make uniforms and covers more gender neutral.

“This feels incredible as we are making a part of history,” said Seaman Recruit Madeleine Bohnert, of St. Louis, Missouri, as she tried on her cover. “It’s really awesome how something as simple as our cover is so symbolic in regards to equality and the uniformity in the military. It’s a sense of pride knowing that we are a part of getting the first Dixie cups.”

During uniform issue, the female recruits lined up wearing their new covers as their Recruit Division Commanders ensured they were being properly worn.

As Engineman 2nd Class Shanice Floyd, RDC, helped adjust her recruits’ covers for proper fitting, she instructed those with longer hair in braids or buns how to make correct adjustments to accommodate the Dixie cup.

“We’re already part of a team and this just promotes it in a better way,” said Floyd. “Junior enlisted males and females already wear the same dress white uniform so this way when we get into the same dress blues uniform we’ll look more as a unit.”

“I am very excited to be one of the first females to be given the opportunity to wear the Dixie cup, and I believe we’ve come really far as a country and as a service,” said Seaman Recruit Maria Frazier, of Springfield, Ohio. “I think it’s really beneficial because as we work side by side, we have to work as a team. For me, it’s important that as we’re working together, we look uniform so we can work in uniform.”

The Dixie cup will match the recently redesigned Service Dress Blue uniforms in jumper style for both men and women, beginning Oct. 1.

The jumper will incorporate a side zipper and the slacks will have a front zipper to help with changing in and out of uniform. This will be the eventual end of the female version of the “crackerjack” uniform with a jacket and tie for female petty officers and junior Sailors.

“I feel that females have been performing to the standard equal to their male counterparts, and right now, with these new covers, we look more as a team,” said Floyd. 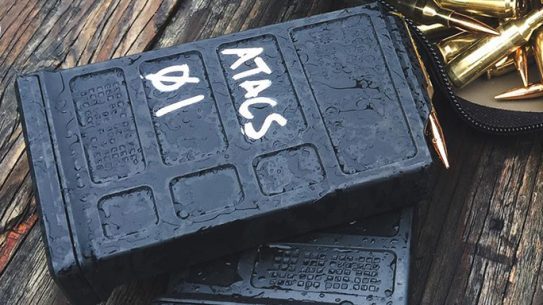