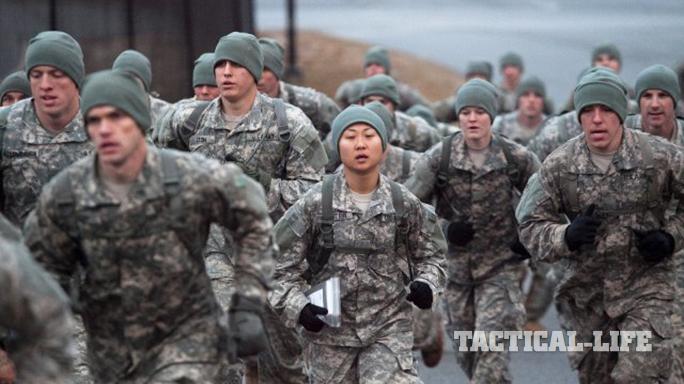 Five female Soldiers out of 26 Service members graduated from the first-ever, gender-integrated Ranger Training Assessment Course, or RTAC, which qualifies them to go on to the Army’s Ranger course, beginning in late April.

The training is a pre-Ranger course that is mandatory for all female Soldiers, as well as many male Soldiers, said Maj. Gen. Scott Miller, commander of the U.S. Army Maneuver Center of Excellence, or MCoE, at Fort Benning, Georgia. Fort Benning hosts both RTAC and Ranger school.

Miller and others spoke during a media roundtable, Feb. 6.

The total graduating class of RTAC, which concluded Jan. 30, was 58 Soldiers, out of 122 who started, he said. Three more RTAC courses will be held before the Ranger course’s start date, with the second RTAC beginning Feb. 6.

The training is a “productive course,” Miller said. “If we put people through this and they meet the prerequisites, we found they have a higher success rate as they enter the actual Ranger course.”

Of the some 300 to 400 people who start a Ranger course, the attrition will often exceed 50 percent, Miller said. Typically, students lose 20 to 30 pounds coming out of the Ranger course, due to the amount of activity.

ONE STANDARD FOR ALL

“There is absolutely no intention of changing any of the current standards” of RTAC and the Ranger course, Miller said. “The standards in place will remain the same as they always were. [A} Soldier not completing RTAC will not go forward to the Ranger course.

“We’re trying to set Soldiers up for the best possible chance of success going forward,” male or female, Miller added.

Woodard discussed his observances of the female Soldiers from the first integrated RTAC course. “They were very thankful for the opportunity to be able to finally do something they really wanted to do and they definitely wanted to be treated the same — no better, no worse,” he said.

“They want to be dealt the same hand just like everyone else, and, as a group, they showed an incredible amount of commitment and resolve,” Woodard said.

One of the reporters asked why other female Soldiers didn’t make it through RTAC.

“Females failed for the same reason the males did, the physical fitness test,” Woodard said.

Col. David Fivecoat, commander of the Airborne and Ranger Training Brigade, explained that the test consists of 49 push-ups, 59 sit-ups, a five-mile run in 40 minutes and six chin-ups.

Some of the women who did not successfully make it through RTAC “were pretty close to meeting the standards,” Miller said. “Going forward, if they want to come back to try again to meet the prerequisites we’re willing to do that.”

Woodard said that at least one female has already asked to return and she’s being allowed to do that and is beginning the second course starting today.

The following is information about the five females who successfully completed the first RTAC:

The Army is keeping a close monitoring of the entire integration effort, Woodard said.

There are 31 observe-advisors, all females, who shadow, but do not interfere in the RTAC training, Woodard said. To baseline their findings, they observed all-male RTACs and then the integrated ones to get a balanced measure of how things are progressing.

NO BIAS AMONG INSTRUCTOR CADRE

These Ranger instructors are absolute professionals who show no favoritism and have complete objectivity, said Miller, who was joined in those remarks by Command Sgt. Maj. Timothy A. Guden, command sergeant major at MCoE.

“We will execute this integration effort professionally and objectively,” Miller concluded. “It’s a historic time. It’s always great to see any Soldier, male or female, who’s willing to raise their hand and voluntarily step forward to undertake rigorous training.” 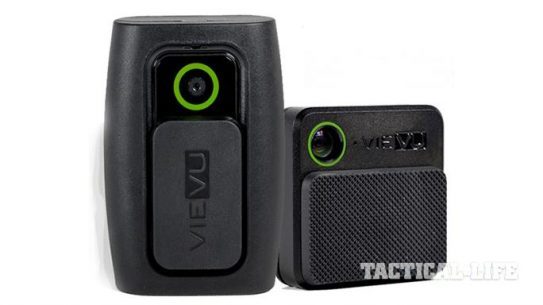 The all new VIEVU Solution is a low-cost and flexible option for law enforcement...