NEWTOWN, Connecticut – The California Association of Firearms Retailers (CAFR) and the National Shooting Sports Foundation (NSSF) – the trade association for the firearms and ammunition industry – were highly critical of Gov. Arnold Schwarzenegger’s (R-CA) decision to sign into law legislation (AB 962) he vetoed just five years earlier establishing a registry of all ammunition buyers.

Requiring retailers to keep a log of ammunition buyers has been proven ineffective as a law enforcement tool, a compelling reality cited by the governor in 2004 when he vetoed the same legislation, calling it “simply unworkable” and of “no public benefit.”

“Earlier yesterday the governor vetoed a piece of firearms legislation, SB 41, far less burdensome to retailers than AB 962, stating it was too cumbersome and of no real value to law enforcement,” said NSSF Senior Vice President and General Counsel Lawrence G. Keane. “Ironically, this is the same reason the governor used to veto ammunition registration in 2004, before he flip-flopped late last night.”

NSSF has estimated that AB 962 would cost California at least $2.92 million annually in lost sales taxes and $629,000 in increased operating costs for state agencies. Lost retail sales in California were estimated at $35.7 million. These estimates followed the recent release of a study by the Governor’s own Office of Small Business Advocate that shows over regulation of small businesses in California costs the state an estimated $492 billion, almost five times the state’s general fund budget, and almost a third of the state’s gross product. The Small Business Advocate study also found that California’s regulatory burdens costs an average of $134,122 per California business, $13,801 per household and $4,685 per resident each year. Small businesses are 98 percent of the state’s enterprises and provide 52 percent of the jobs.

“This legislation will drive many small, independent retailers already struggling in a poor economy out of business or force them to flee California’s burdensome and hostile regulatory environment for greener economic pastures elsewhere– taking with them their jobs and tax revenue,” said CAFR President Marc Halcon.

“Those retailers who can afford to stay will be forced to substantially raise prices to law abiding consumers who, under AB 962, will now be fingerprinted like common criminals simply for exercising their Second Amendment rights,” continued Halcon. “It is silly, at best, to think criminals will stand in line to be fingerprinted to buy ammunition from licensed retailers. Governor Schwarzenegger has just created an underground black market for ammunition.”

“In order for California’s economy to recover the state needs to stop needlessly burdening small businesses with ‘do nothing; feel-good’ legislation before Main Street looks like a ghost town,” concluded Keane.

This bill would have further burdened firearms retailers by requiring additional paperwork and documentation on the date of delivery of all firearms to a buyer. This bill equally affected consumers of firearms as the increased dealer costs would have been passed along to the purchaser. The bill also would have required dealers to sign and to obtain the signature of the buyer or other transferee of a handgun on the Department of Justice Dealers Record of Sale (DROS) form indicating that the handgun had been delivered and the date upon which the delivery was made. It would have further required dealers to date and sign a form stating that the buyer of a rifle or shotgun had taken possession of the gun. 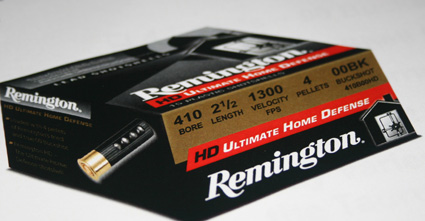 NEWTOWN, Connecticut - The California Association of Firearms Retailers (CAFR) and the National Shooting…