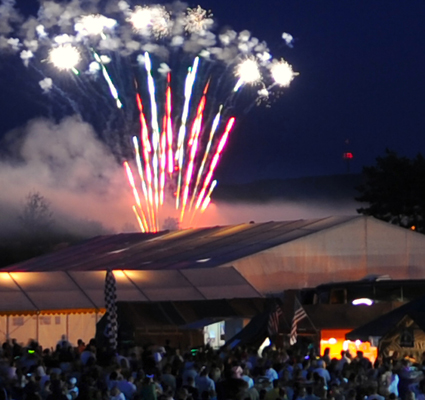 It costs money to celebrate in the Land of the Free…

The Fourth of July won’t have a patriotic boom in the sky over some military bases because budget cuts and furloughed workers also mean furloughed fireworks.

Independence Day celebrations have been canceled at the Camp Lejeune Marine Corps Base and at the Army’s Fort Bragg, both in North Carolina. The annual July Fourth celebration also has been scrapped at the Marine Corps Logistics Base in Albany, Ga.

The reason is money – namely the lack of it.

The failure in Washington to follow up a 2011 budget pact with additional spending cuts meant $85 billion across-the-board cuts that began in March. Budgets tightened, the military took a major hit and many federal workers absorbed pay cuts through forced furloughs.

It costs money to celebrate in the Land of the Free... The Fourth of…