A suicide bomb in Afghanistan’s capital killed at least a dozen civilians and five U.S. troops on Tuesday — a bloody strike claimed by the Taliban and deplored by the NATO coalition.

The blast, which occurred on a busy road near a NATO-led military convoy and a registration center for the Afghan Army, rocked an area close to government buildings fortified with security.

Officials were still trying to sort out the casualty numbers. Local medical officials said at least 12 civilians were killed and 48 others were injured. The British Foreign Office put the civilian death toll at 19.

Hours after the explosion, a nearby field was littered with charred body parts, some thrown hundreds of meters from the blast site.

Zabiullah Mujahid, a Taliban spokesman, confirmed the operation and said the attacker was able to “destroy five foreign vehicles and damage one more.” 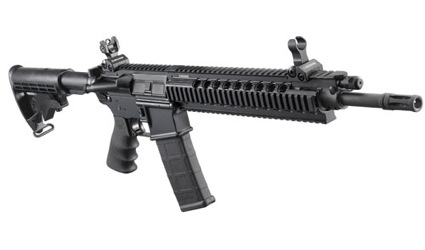