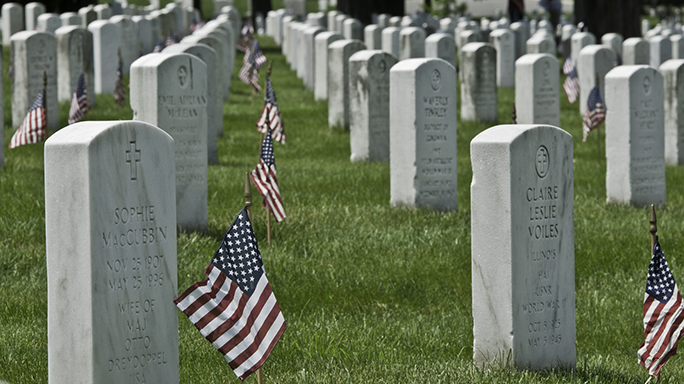 lags adorn gravesites at Arlington National Cemetery during the annual Flags In event, May 22, 2014. Since 1948, Soldiers, from The Old Guard, place American flags at some 275,000 gravesites in the cemetery.
(Photo by Spc. Klinton Smith)
Comment(s)

The following is a release from Guv Callahan, Pentagram Staff Writer:

For more than 60 years, the Army’s 3rd U.S. Infantry Regiment (The Old Guard) has honored the nation’s fallen heroes for Memorial Day during Flags In, and on May 21, more than 1,000 Soldiers set out into Arlington National Cemetery to keep that tradition alive.

During Flags In, approximately 1,500 Soldiers placed a small American flag at gravesites in the cemetery, a duty The Old Guard has performed and upheld since it was designated the U.S. Army’s ceremonial and memorial unit in 1948, according to Arlington National Cemetery’s website.

A team of 15 Old Guard Soldiers unpacked boxes of the flags – there are about 6,500 flags in each box – and sharpening the ends of some of them for easier placement in the ground.

Companies of Soldiers packed their ruck sacks with flags and placed them in the cemetery’s sections starting at 4 p.m., May 21. Each of them went from gravesite to gravesite, placing a flag 12 inches from the headstone.

“Each company is assigned certain sections within the cemetery,” Hanline said. “If one company has fewer people and isn’t getting their section done as fast, another company will move over and help out once they’re done.”

Hanline, who participated in his third Flags In as an Old Guard Soldier this year, said the tradition is, like all of the ceremonial duties the regiment performs in the cemetery, foremost about dignity and respect.

“Each one of the people that’s buried in there has served their country, and it’s just nice to be able to perform this memorial to them and to pay respects,” he said.

Not all of the graves at Arlington National Cemetery are visited at other times during the year, he said, but Flags In is a way for every person who made the ultimate sacrifice to be remembered.

“Sometimes some of those people that are buried there don’t have family to come visit them,” Hanline said. “This is one time of year that each headstone within the cemetery gets a visitor.” 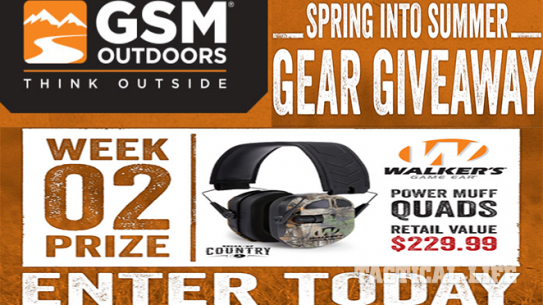