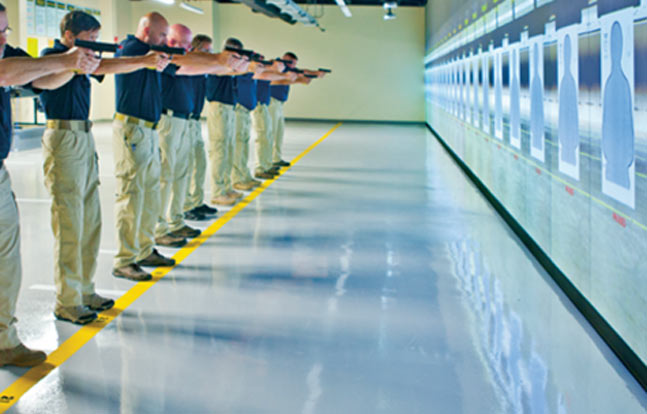 The Federal Law Enforcement Training Centers (FLETC) — which operates under the Department of Homeland Security — is testing their new sleek, networked, virtual firearms training ranges, in hopes of becoming fully operational at some point in 2014.

According to GCN, FLETC trains state, local, rural, tribal, territorial and international law enforcement agencies. In 2013, it trained over 70,000 law enforcement officers on its virtual ranges.

The advantages of these virtual firearms ranges are manyfold. Firstly, they free up time on live-fire ranges and boost throughput. They also cut ammo usage, decrease maintenance costs, and are environmentally friendly. GCN says that the ranges save $379,000 on an annual basis.

The installation was finished in October of 2013 and pilot classes have been conducted through the system since December. Rodney Burnett, lead firearms instructor at FLETC’s Glynco, Ga., headquarters, told GCN that “the agency is developing protocols and procedures for how to use the virtual ranges, which are designed to supplement — not replace — live-fire training.”

As GCN reports, the virtual ranges use laser handguns, cameras and projectors. FLETC took one of its live-fire indoor ranges and remodeled it into three virtual rooms. Each room has nine rack-mounted PCs running Windows 7, as well as a giant screen, projectors, cameras, speakers and laser weapons kits. The instructor uses one computer to control the other eight, all of which control three firing points for a total of 24.

Beforehand, the instructor has the ability to create firing range settings like simulating distance to the target, number of shots fired, and time of day. These settings are transferred to the client machines which run the simulation on firing lanes, GCN said.

Each laser handgun fires “invisible infrared beams at virtual targets, which can be replicas of paper targets with concentric rings that have different point values,” GCN writes. “Cameras detect the beams on the wall and record the “shots” on the target.” 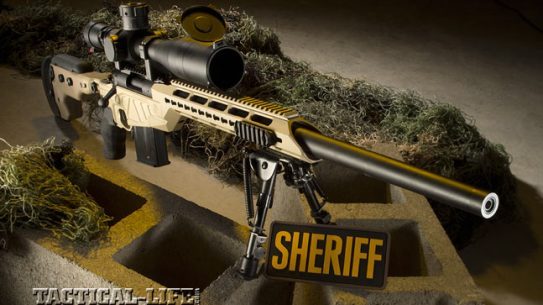