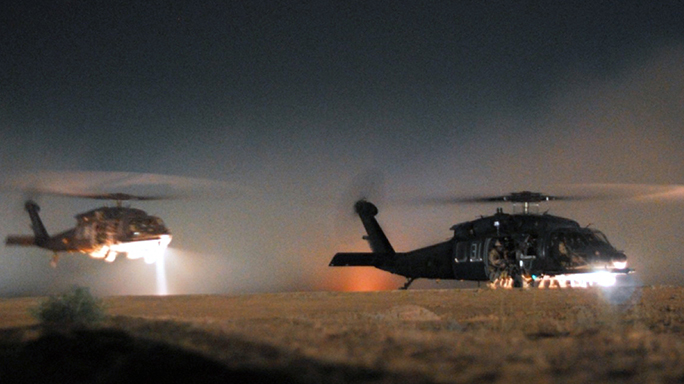 UH-60 helicopters, similar to the one involved in Tuesday night's crash.
Comment(s)

A total of 11 military personnel — seven Marines and four Soldiers — are being presumed dead after a helicopter crash during a routine night training exercise near Pensacola, Fla.

The following is a release from the Eglin Air Force Base in Florida regarding Tuesday night’s accident:

Two UH-60 aircraft assigned to the Hammond, La Army National Guard were participating in a training exercise over night. One aircraft with four aircrew and seven Marines assigned to Camp LaJeune, N.C, was involved in an accident near Eglin range site A-17, east of the Navarre Bridge.

The helicopter was reported missing at about 8:30 p.m. March 10.  Debris from the aircraft was located by search and rescue team at about 2 a.m. this morning. Search and rescue efforts are underway at the accident site currently.

The second helicopter and its personnel on board have returned and are accounted for at this time.  The aircraft are assigned to the 1-244th Assault Helicopter Battalion in Hammond, Louisiana. They were participating in a routine training mission involving the Marine Special Operations Regiment from Camp LeJeune.

Names of the aircrew and Marines on board are being withheld pending NOK notification. The accident is under investigation. Additional details will be provided as they become available. 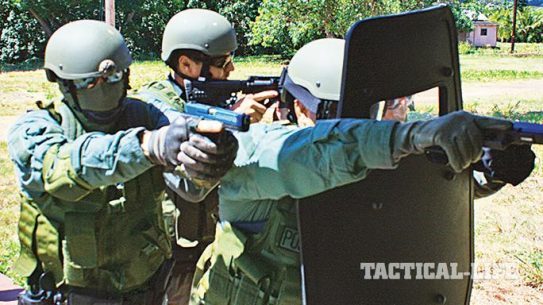 To keep the Garden Isle safe, the Kauai PD relies on the gun built...