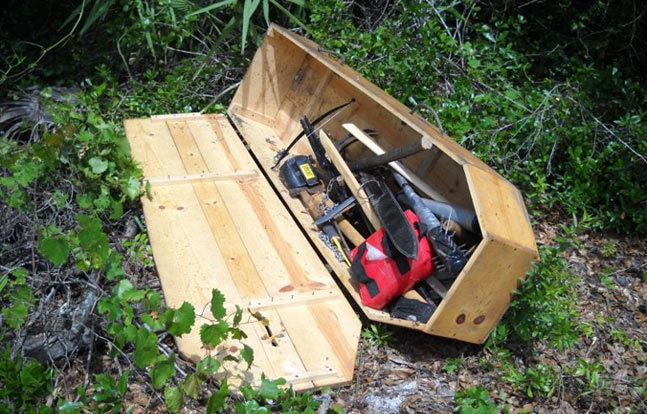 A stockpile of unusual weapons has raised all sorts of red flags in Volusia County, Florida.

According to the Orlando Sentinel, last week a Florida Fish and Wildlife Conservation Commission officer on patrol in DeLeon Springs stumbled on a brown coffin which was placed upside down on trees near Lake Park Road, west of State Road 11.

The officer called in a deputy sheriff, who opened the coffin to find a number of strange and unusual weapons which did not appear to have been used, according to a Sheriff’s Office report cited by the Sentinel.

Among the weapons found in the coffin were a set of nunchuks, “forceps, a ball studded with metal spikes, a double-sided ax, a baseball bat with screws attached, scissors, a metal hook on a wood handle, a wood-handled knife, a folding knife, a silver baseball bat, a crowbar, metal chains — including one on a stick — two hatchets, a boat anchor, a poker, blacksmith pliers, a sword blade minus the hand grip, a wooden stick, a hammer, two sickles, large black tongs, two ax handles and a wooden sword,” the Sentinel said. 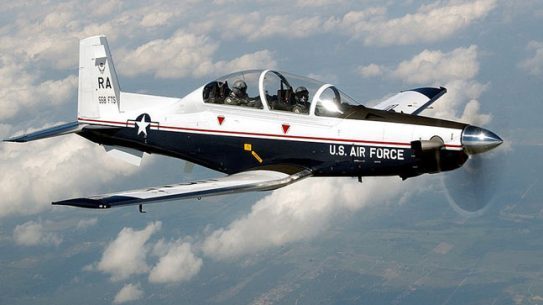 US Sending $1B in Aircraft, Humvees, Surveillance Systems to Iraq