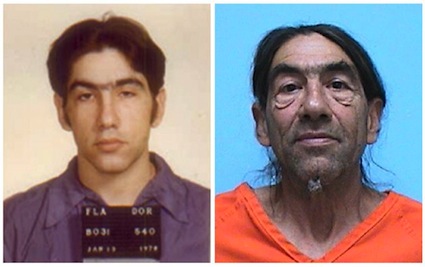 Authorities on Wednesday captured a man in Colorado who escaped nearly 32 years ago from the Florida prison where he was serving a life sentence for murder.

Frederick Barrett, 60, slipped away from the Union Correctional Institution in Raiford during a nighttime power outage on August 17, 1979.

U.S. Marshals Service officers, dressed as U.S. Forest Service firefighters, arrested Barrett early on Wednesday at his cabin in Montrose County, Colorado. He had been living in the remote, mountainous area under the name Neil Meltzer, Florida officials said.

A tattoo of a cross and dot on his right hand helped officers confirm they had the right man, said Steve Davenport, a special agent supervisor for the Florida Department of Law Enforcement.

Davenport said investigators had been looking for Barrett in earnest since 2009, when a new fugitive initiative in Florida set its sights on finding a dozen long-term prison escapees with violent histories.
“It’s really, really difficult to track somebody who’s been out 30 years,” Davenport told Reuters. “The trail was cold.”

But using public records and databases, investigators found evidence Barrett had traveled to Hawaii, California, Tennessee and Maryland since his escape and eventually appeared to settle in Colorado.