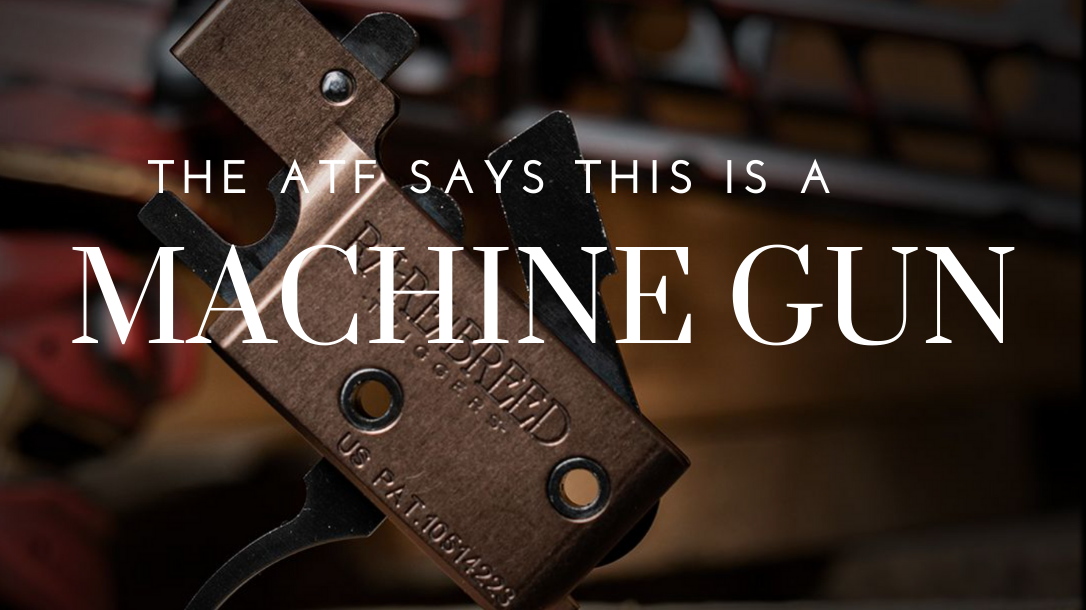 Rare Breed Triggers vs the ATF

The story starts last year, when the ATF served Rare Breed Triggers a cease and desist. The letter ordered them to stop manufacturing the FRT-15 trigger until ATF could determine it it was a machine gun. Rare Breed responded by saying “no” and continued to sell the FRT-15.

That, in very broad strokes, covers everything that was going on until yesterday.

Yesterday, the ATF sent a letter to Federal Firearms Licenses. This clarified that “some” forced reset triggers (FRT) are in fact machine guns. Snipped below are the relevant segments from ATF’s letter.

These particular FRTs are being marketed as replacement triggers for AR-type firearms. Unlike traditional triggers and binary triggers (sometimes referred to generally as “FRTs”), the subject FRTs do not require shooters to pull and then subsequently release the trigger to fire a second shot. Instead, these FRTs utilize the firing cycle to eliminate the need for the shooter to release the trigger before a second shot is fired.

Accordingly, ATF’s position is that any FRT that allows a firearm to automatically expel more than one shot with a single, continuous pull of the trigger is a “machinegun”, and is accordingly subject to the GCA prohibitions regarding the possession, transfer, and transport of machineguns under 18 U.S.C. §§ 922(o) and 922(a)(4). They are also subject to registration, transfer, taxation, and possession restrictions under the NFA. See 26 U.S.C. §§ 5841, 5861; 27 CFR 479.101.

Based on ATF’s determination that the FRTs that function as described above are “machineguns” under the NFA and GCA, ATF intends to take appropriate remedial action with respect to sellers and possessors of these devices. Current possessors of these devices are encouraged to contact ATF for further guidance on how they may divest possession. If you are uncertain whether the device you possess is a machinegun as defined by the GCA and NFA, please contact your local ATF Field Office. You may consult the local ATF Office’s webpage for office contact information.

Takeaways from the ATF’s Letter

There are some important things to note in the letter from the ATF. First, it doesn’t specify any actual models of FRT. Instead, it focuses on how the trigger functions. This is likely to avoid having a company end-run this ruling by simply making a different model of the same trigger. Also importantly, it clearly carves out that binary triggers such as the Franklin Armory trigger are still federally legal. A note on the Franklin Armory trigger; it is illegal in the state of Florida. Florida’s bump stock ban states that binary triggers are also banned.

ATF also states that if you think you might have a now illegal model of these forced reset triggers, you should contact your local field office for guidance. However, there are only two models of FRT that function in the way ATF describes. The Rare Breed FRT-15 and the Big Daddy Unlimited Wide Open Trigger.

What’s Next for These Triggers?

There’s no doubt that this will end up in a legal battle. Rare Breed Triggers is operated by a lawyer who has already demonstrated that he likes taking the government to court. Unfortunately legal battles like this take time, which means FRTs are machine guns until a court decides that they’re not. You can see the slow grind of the ongoing bump-stock lawsuit as an example of how long this sort of thing takes.

As of writing, Rare Breed hasn’t issued a formal statement, however according to unofficial sources their trigger is not a machine gun according to their interpretation of the ATF’s letter on forced reset triggers. In fact, at time of writing, the FRT-15 is still available for sale on Rare Breed’s website. 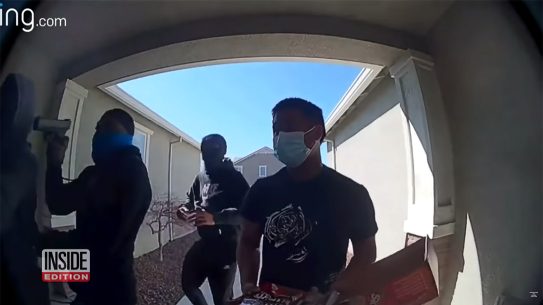 8 Best Home Defense Weapons to Harden Your Home For 2022

Your home is your castle and worth defending—these 8 home defense weapons will help...