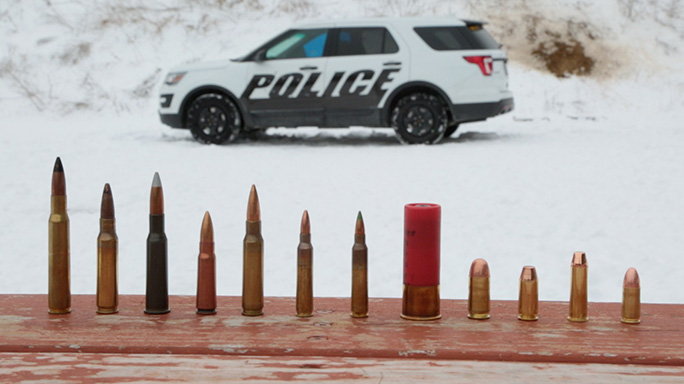 The following is a release from Ford:

Ford announced earlier this month that it will offer ballistic panels on their Police Interceptor sedan and utility with protection from armor-piercing rifle ammunition.

“Ford is well-known in the police community for going further to enhance officer safety.  It’s what our product is all about, first and foremost,” said Raj Sarkar, general marketing manager, Ford North American Fleet, Lease and Remarketing operations.

The factory-equipped vehicles are the first pursuit-rated police vehicles in the United States to offer ballistic protection up to Department of Justice’s (DoJ) National Institute of Justice standard Type IV.

According to the Department of Justice standard, the description of a Type IV ballistic panel is:

While the number of shootouts between police and criminals using high-powered, armor-piercing rifle ammunition is low, they are unfortunately becoming more common.

“The fact that we design our Police Interceptors around officer feedback is what has made them number one. Officers globally told us they needed protection from armor piercing ammunition and we added increased ballistic protection to an already great product – that’s continuous innovation,” said Arie Groeneveld, chief engineer, Ford Police Interceptors.

The Type IV panels are an additional option above and beyond existing ballistic panel protection offered by Ford.

Optional Type III ballistic panels are already on duty in agencies around the United States and are rated to protect against all handgun and non-armor piercing bullets up to .30 caliber (specifically up to 7.62mm x 51mm NATO M80 ball ammunition), as well as special threat rounds identified by the Los Angeles Police Department.

The optional ballistic panels are in addition to a long list of existing features aimed at protecting officers, including Ford Police Interceptor safety cell construction to aid structural integrity.

In the event of a crash, advanced safety technology helps to absorb the energy of the collision and to direct the impact forces away from the occupants. Additionally, crumple zones are strategically placed in the frame or body of the vehicle, further absorbing and dissipating the energy of a crash to reduce intrusion into the occupant compartment. 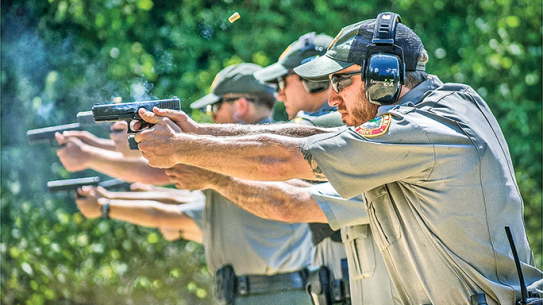