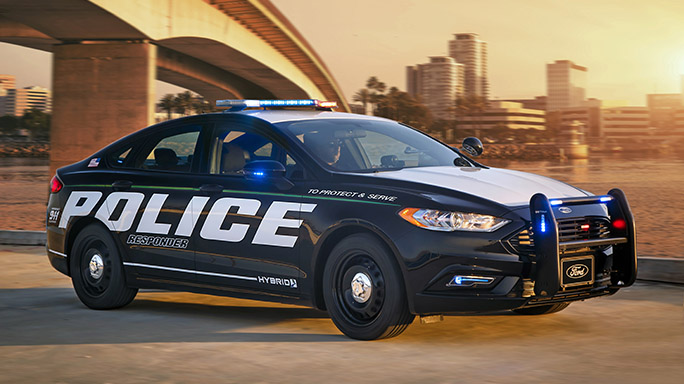 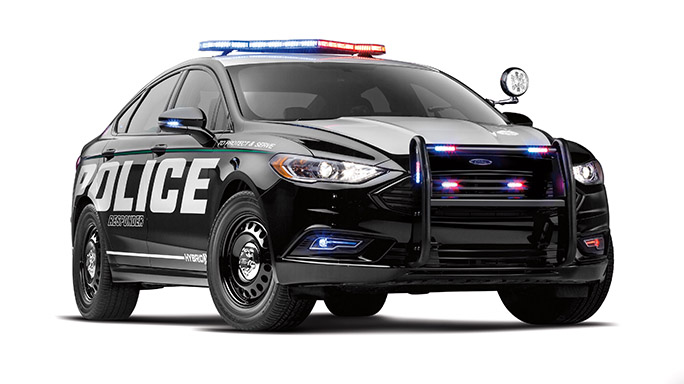 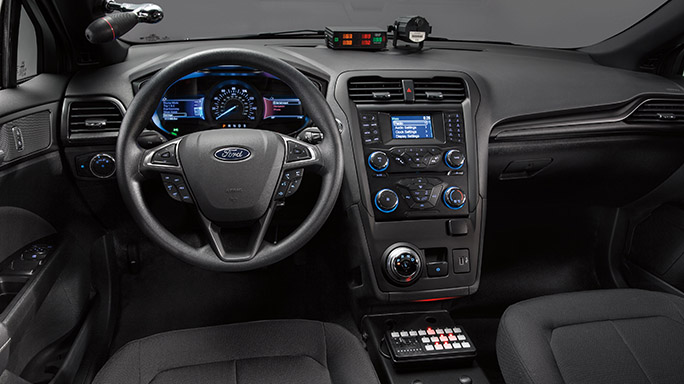 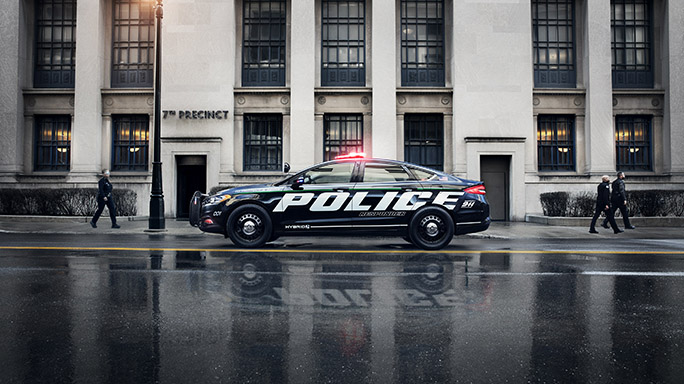 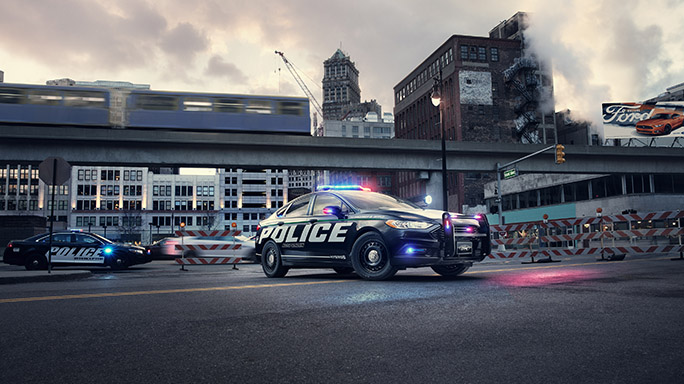 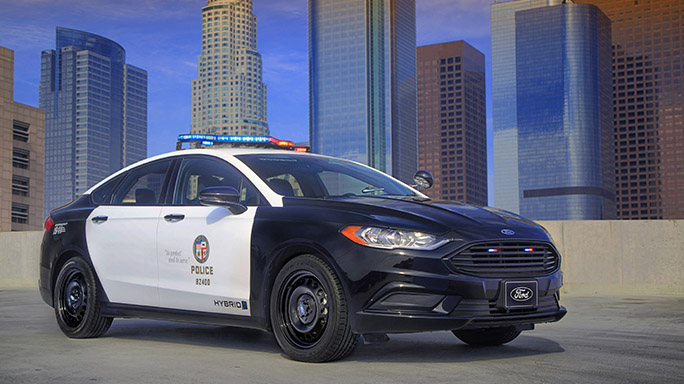 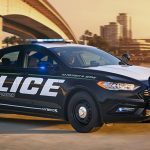 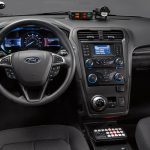 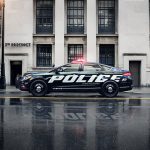 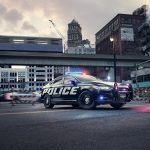 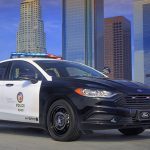 Our boys in blue are going green. Ford is set to introduce a new hybrid cop car that offers improved fuel economy while chasing down the bad guys. Say hello to the Police Responder Hybrid Sedan.

“It’s great to see a police vehicle like this, as long as you’re not sitting in the back seat,” joked Joe Hinrichs, Ford’s EVP and President of the Americas. Hinrichs also said that the top speed for the Police Responder Hybrid Sedan is “well over 100 mph.”

The Ford Police Responder Hybrid Sedan has a combined gas mileage of 38 miles per gallon, which is more than twice that of the Police Interceptor with a 3.7-liter V6 engine. When idling, the car’s lithium-ion battery powers the electrical loads of a police vehicle, which reduces engine run time and saves an estimated 0.27 gallons of fuel per hour. That translates to potential annual fuel savings of $3,900 per vehicle relative to the Police Interceptor, assuming that the vehicle is driven 20,000 miles per year, runs two shifts per day, 365 days per year, is idle 4.9 hours per eight-hour shift and is fueled at an average gas price of $2.50 per gallon.

Ford’s new police hybrid uses an Atkinson-cycle 2-liter engine with an electric motor fed by the aforementioned lithium-ion battery. It runs in batter-only mode up to 60 mph. After that, it switches to maximum performance, meaning the engine and battery both work at “peak acceleration” levels when needed, the press release says.

The Ford Police Responder Hybrid Sedan can be ordered this spring, with an expected delivery date of next summer for police departments nationwide. 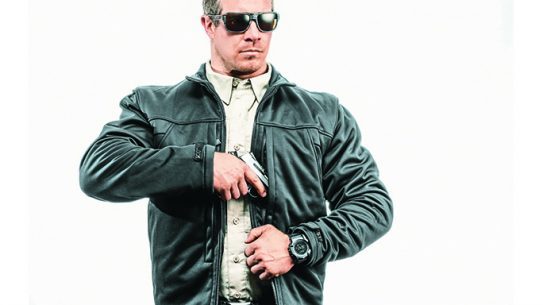