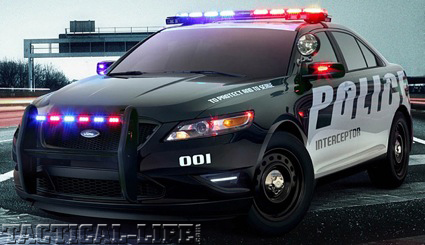 Ford Motor Co. will unveil the new Ford Police Interceptor today — the replacement for the venerable Crown Victoria that has been the backbone of the nation’s law enforcement fleets since the early 1990s.

As The Detroit News first reported last year, the new model will be based on the same platform as the new Ford Taurus. However, it will be built for law enforcement work and incorporate several modifications to meet the needs of police officers.

It will make its debut before an audience of law enforcement officials at the Las Vegas Motor Speedway, according to an internal Ford communication obtained by The News.

The Crown Vic, which is assembled at Ford’s factory in St. Thomas, Ontario, will remain in production through September of 2011. 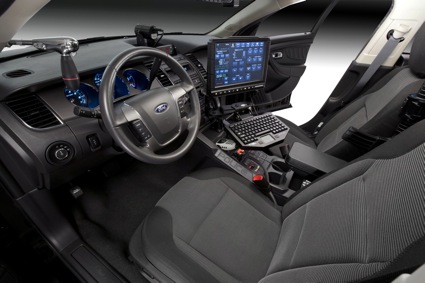 The new Police Interceptor is being developed in conjunction with Ford’s Police Advisory Board, which provided input during the past on key vehicle attributes, such as safety, performance, durability, driver convenience and comfort. Ford says it will be available as soon as production of the Crown Vic ends and promises there will be no interruption in deliveries to police departments.

The Crown Vic is much-loved in law enforcement circles, and some departments already have expressed displeasure with Ford’s decision to end production of the aging rear-wheel-drive sedan.

Ford currently controls about 75 percent of the police pursuit vehicle business in the U.S. and sells approximately 45,000 police vehicles annually.