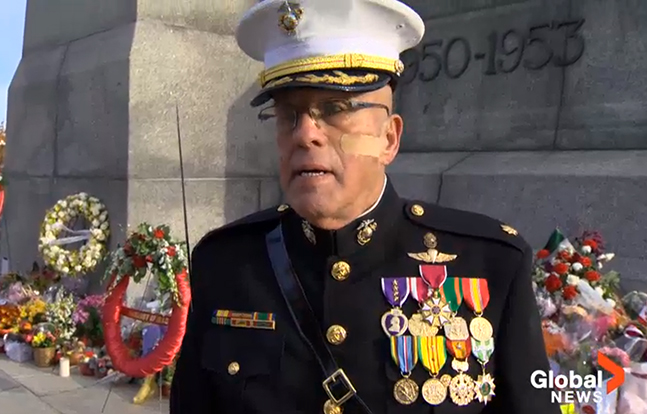 Cpl. Nathan Cirillo was killed by a lone gunman at the Canadian National War Memorial in Ottawa on Oct. 22.

Since Cirillo’s death, the memorial has seen thousands of visitors wishing to pay tribute to the 24-year-old, including former U.S. Marine Major Ralph “Fox” Sinke.

“That young corporal was a comrade in arms,” Sinke told Global News. “… That’s how I see it. So I’m paying tribute to him, as best I can. We are not intimidated. Take your best shot.”

Global News reported that Sinke “claimed” to be a former Marine, after not being able to confirm his legitimacy.

However, GuardianOfValor.com got ahold of multiple records and was able to not only confirm that Sinke was a Marine, but a highly decorated one at that.

He is taking a stand for what he believes is right, and yes he has five Purple Hearts.  … Major Sinke has also authored several books detailing his experiences in the Vietnam War, one is titled “When None Of Their Dreams Are Dead.”

For more on Sinke and what he had to say about Cirillo, please visit GlobalNews.ca. 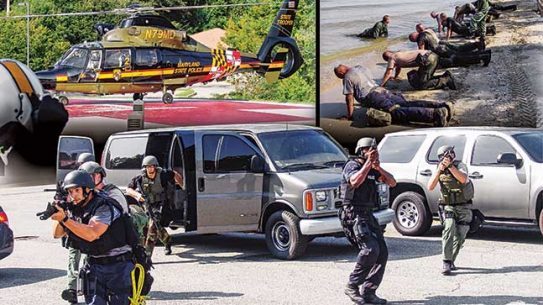