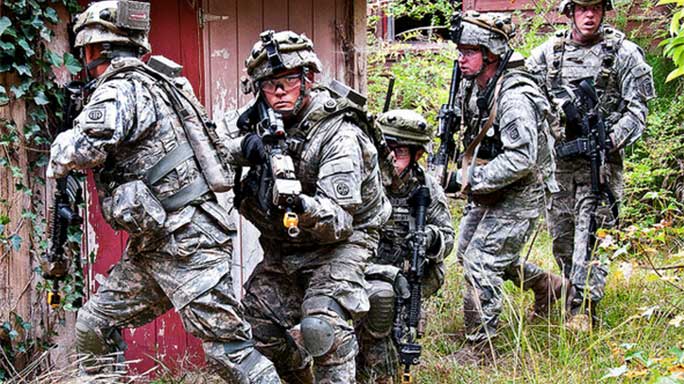 Paratroopers clear a compound of insurgents during a field training exercise on Fort Bragg, N.C., Oct. 28, 2011. The paratroopers are assigned to the 82nd Airborne Division's 1st Brigade Combat Team. The troops are taking part in two weeks of counterinsurgency training in preparation for deployment to Afghanistan.
(Photo by U.S. Army/Sgt. Michael J. MacLeod )
Comment(s)

The U.S. Army has announced plans to deploy around 1,700 Fort Bragg paratroopers to Iraq to train, advise, and assist Iraqi Security Forces in their ongoing fight against ISIS as part of Operation Inherent Resolve.

“The 2nd Brigade Combat Team is highly trained, disciplined, and fit,” Col. James “Pat” Work, commander 2nd Brigade Combat Team, said in a statement. “Readiness is our top priority; our paratroopers are prepared for this deployment in support of Operation Inherent Resolve. Our team looks forward to this important mission and our opportunity to assist our Iraqi partners.”

The 82nd’s deployment will last around nine months and starts later this year, the Fayetteville Observer said.

Iraqi security forces are currently engaged in a grueling battle to retake Mosul, a strategically crucial city that has been under ISIS control for over two years now. Earlier this week, Iraqi special forces entered the city limits on the eastern side, with a U.S-led coalition providing airstrike support. The battle is expected to last several months. 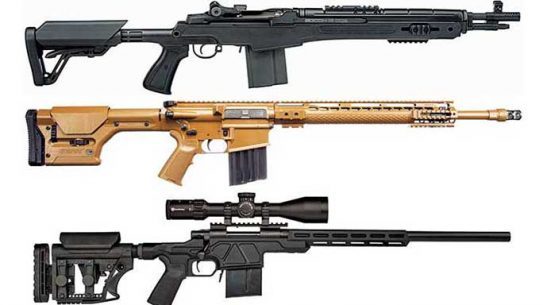 12 New Guns Ready To Take the Shooting World By Storm