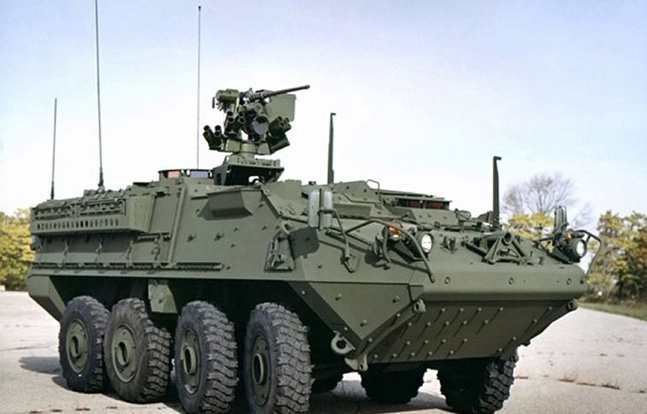 A Fort Carson brigade is replacing tanks with Strykers.
Comment(s)

The Army has announced that the eight-wheeled Stryker combat vehicle will become the standard for the 4th Infantry Division at Fort Carson. The Strykers will join armored and infantry brigades to create a diverse force capable of meeting a variety of global threats. The vehicles will join the 1st Brigade Combat team in two months.

“The conversion, scheduled to begin in March 2014, is being made to achieve a needed operational mix of brigade combat teams within the Army, and will take an estimated 10 months to complete,” the Army said in a press release.

The Stryker is designed to deploy quickly and will replace the 72-ton M-1 Abrams Tank and the Bradley Fighting Vehicle.