The Free Hugs Project has taken on a life of its own over the last few years, with founder Ken Nwadike looking to inspire change through love.

Nwadike has hugged his way into the spotlight by giving out free hug to police officers during protests and riots. He brought his project to North Carolina this week during the peak of the current Charlotte riots in an effort to control rising tensions between the local black community and law enforcement.

The protests, which started as a vigil, eventually turned into violent riots as the evening wore on, with several protestors and police officers requiring medical assistance. A number of businesses and police cars were damaged during the riots.

The Free Hugs Project was embraced by Charlotte law enforcement officers, who were quick to speak with Nwadike and return the hug. Some protestors, however, did not agree with his stance on the matter, insulting Nwadike for siding with peace.

“… How does that make sense, spreading more hate into the world? That’s what’s frustrating me, that we can’t love one another? It doesn’t make sense.”

Regarding the shooting, ABC News reported the following:

Police say Scott, 43, was holding a handgun, which investigators recovered from the scene, and posed a threat because he was not obeying police orders to not exit his vehicle and drop the weapon at an apartment complex in Charlotte. An officer subsequently fired his weapon, hitting Scott, who was later pronounced dead.

Scott’s family, however, has said he was not armed and was holding a book while waiting for his son to be dropped off from school. 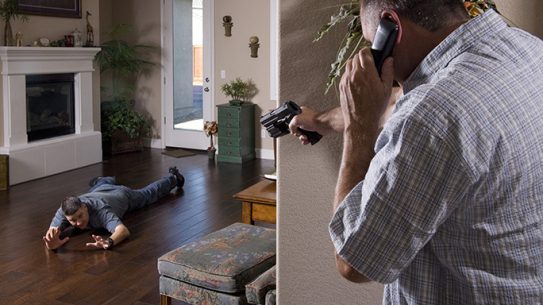 Understanding these laws and Castle Doctrine for a stronger defense.