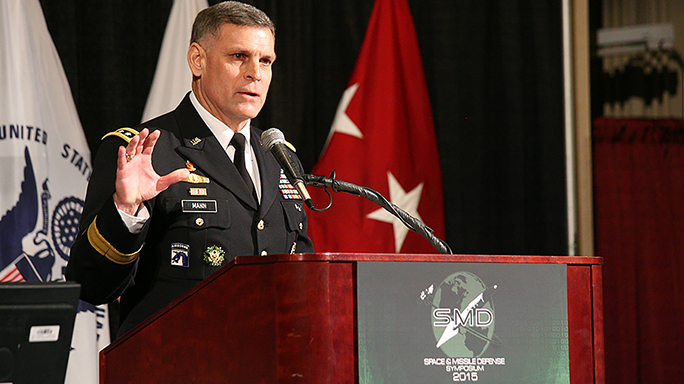 The following is a release from Jason B. Cutshaw, USASMDC/ARSTRAT Public Affairs:

“The organizations that I represent have a wide variety of mission sets and support a number of ongoing operations while exploring new and emerging technological advances,” Mann said. “Space and missile threats posed by our adversaries have expanded and become more numerous and complex, not only in the area of ballistic and cruise missile systems, but also in the development of emerging technologies like hypersonic or hyper-glide weapon systems, anti-satellite technologies, cyber threats and the proliferation of unmanned aerial systems.”

Mann discussed how ballistic missile capabilities of adversaries are increasing both in terms of quantity and quality and how missiles and long-range rockets represent an asymmetric threat.

“The proliferation of missile technology and the ability of our adversaries to affect our space systems is a serious problem,” Mann said. “But as always, I am confident in the ability of many organizations to leverage the right resources, technologies and people to address the threat. Despite current fiscal constraints, the partnership of Department of Defense, industry, academia and partner nations is powerful.

“I am excited about what has been accomplished this past year and I am enthusiastic about what the next year has in store as we continue to work through these problems together,” he said. “Through it all, we must provide security, protect our homeland, our troops abroad and our allies around the world.”

Mann said that SMDC has also focused on developing the next generation of nanosatellites and how they are designed to benefit the war fighter.

“We have already completed three nanosatellite programs,” Mann said. “Additional data communication satellites are scheduled for launch this fall. These satellites will demonstrate a low-cost solution for providing communications down to the squad-level. Nanosats are tremendously beneficial for units operating in remote locations while on the move. Additionally, they allow tactical leaders to better synchronize actions and seize the initiative while maintaining situational awareness.”

Mann said that space is becoming more congested and contested, and discussed how the command is continuing to develop better ways to counter the threat.

“In addition to providing electromagnetic interference resolution support to combatant commands, SMDC/ARSTRAT is supporting U.S. Strategic Command in the stand-up of the Joint Interagency Coalition Space Operations Center,” Mann said. “The Army recently approved a new space training strategy focused on tactical/operational level units. Specifically, how to exploit space capabilities and how to respond in a contested space environment.”

“SMDC/ARSTRAT has already improved the capability to train units at home station, to operate in contested space environments using SMDC-designed space training kits, demonstrating not only GPS jamming, but satellite communication jamming at brigade level and below,” he said.

Mann discussed how technology is providing capabilities to America’s Soldiers and how those war fighters are in return protecting the nation around the clock.

“I’d also like to highlight some of the enormous contributions in support of space operations by the Reagan Test Site at Kwajalein Atoll in the Republic of the Marshall Islands,” Mann said. “The range provides on average 138 hours weekly to support space tracking, 615 imaging sets in support of satellite characterization. In fiscal year 2015, Reagan Test Site provided first tracking of 28 of 51 foreign launches. We’re also first in acquiring 80 percent of all Eurasian launches.”

Mann explained how the nation must balance current operations and training with future research and development efforts. He remarked how the Army has ballistic missile defense forces located on Fort Greely, Alaska, and Vandenberg Air Force Base, California, which operate the ground-based midcourse defense system. Mann said this is the nation’s only ground-based defense against limited intercontinental ballistic missile attacks.

“As many of you know, The 100th Missile Defense Brigade provides 24/7/365 ballistic missile defense of the continental United States in support of U.S. NORTHCOM [Northern Command], where we have 300 guarding 300 million plus,” he said. 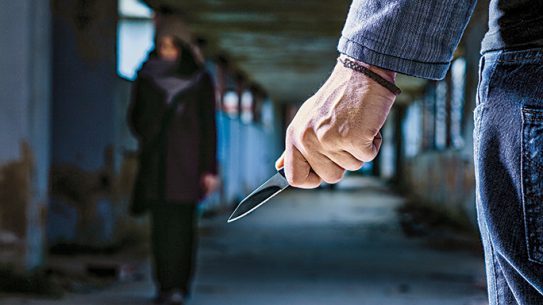 9 Cases That Show How LEOs Can Stop Ambush Killers