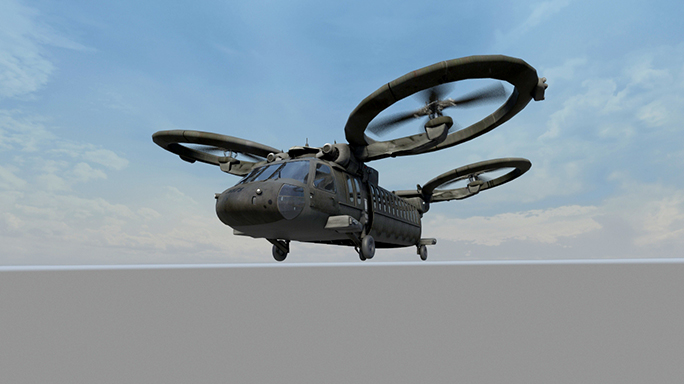 The following is a release from Bill Crawford, AMRDEC Public Affairs:

Efforts are being made to establish methods to reduce the time to develop and field new software capabilities and their life cycle costs for future vertical lift aircraft.

Aviation and Missile Research, Development, and Engineering Center’s, or AMRDEC’s, Joint Multi-Role Technology Demonstrator project is leading those science and technology efforts through two initiatives. Joint Common Architecture, or JCA, and Future Airborne Capabilities Environment, or FACE, are key to achieving these goals and expected to demonstrate the means to develop avionics software, which is more portable, modular, and interoperable than currently fielded.

If successful, future Army aircraft may leverage the portability aspects to share software across different computing environments similar to the manner in which android smartphones are able to share applications today. Common modular applications could lead to systems that are supportable by more than a single vendor and are no longer platform specific meaning they will be able to be used on more than one particular aircraft.

AMRDEC has many partners in industry and academia working alongside to achieve these common architecture goals through JCA and FACE. These players are using these complementary efforts to mature the processes needed to develop modular avionics functions, create a new standard software organizational framework, and define open interfaces that can be used to acquire and field new mission capabilities applicable across a fleet of aircraft.

The impetus for the Army’s development is the Future Vertical Lift Family of Systems, or FVL FoS, which is expected to begin fielding in the 2030s. The JCA reference architecture may be used by the FVL FoS in its initial architecture design. One possible outcome is that pieces of the avionics systems (and possibly other software) for the four FVL variants could be interchangeable.

“We see the key elements…to software reuse as: portability, modularity and interoperability,” said Marty Walsh, AMRDEC’s Aviation Development Directorate Mission Systems Demonstration Lead for the JMR TD. Walsh also said that the interchangeable software may lessen “vendor lock,” which happens when the system is dependent on one specific vendor for development and to resolve issues. However, Walsh also said that the real solution to contractor vendor lock is government-defined software architectures.

Additionally, software development and refinement has now become one of the most expensive and important facets of aircraft development.

“Seventy percent of new aircraft development cost is now in software,” said AMRDECs Alex Boydston, a member of the JMR TD engineering staff. He cited the example of the F-35 Joint Strike Fighter as an aircraft, whose development has been delayed and, also, whose cost has increased dramatically due to software development problems.

The Army was a founding member of the FACE consortium in 2009 to establish an open software architecture to help achieve commonality. This consortium is composed of many industry and government organizations, their representatives, and advisors, creating a setting where industry has direct access to the government customer and can work together to identify and select appropriate open standards and influence procurement and policy.

Scott Dennis, director of the AMRDEC’s Software Engineering Directorate, or SED, Aviation Systems Integration Facility, is an active member of the FACE consortium. “FACE is working to establish a software common operating environment that allows portability and the creation of software product lines for the entire military vertical lift community and does this in consensus fashion,” he said.

During May 2015, AMRDEC conducted initial concept validation testing at SED in which similar avionics software components, acquired from different vendors, were integrated with and demonstrated on two different computing systems and operating environments designed to FACE standards. The results of these tests indicate software portability may be achievable for the FVL FoS.

Because it is a multi-service and mission aircraft, the FVL FoS will be required to support a variety of missions such as air assault, aerial reconnaissance, attack, special operations, anti-submarine warfare, search and rescue, cargo and many more. The software product line enabled by JCA and FACE is considered to be a key element of achieving the most cost efficient, multi mission capability for FVL.

“We are currently working with industry through the Vertical Lift Consortium to define the functions, interfaces, and interactions of software components that reside on a general purpose processor,” Walsh said. “This is the heart of JCA.” 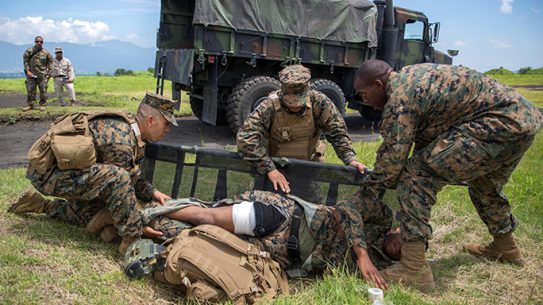 Corpsmen from Combat Logistics Company 36 were put into an unexpected training scenario during...