The gunfight between U.S. law enforcement officers and Mexican drug runners Thursday started with rocks thrown at two Texas game wardens and escalated into gunfire, according to authorities.

Officers then fired back.

Texas Parks and Wildlife spokesman Mike Cox said the wardens were treated and released at a local hospital after being hit by “several large jagged rocks” hurled from the other side.

“Our game wardens were in fear of their lives and they fired and the other officers fired as well,” he said.
Cox said the gunbattle lasted only a few minutes, describing it as “intense but short-lived.”

There were three TPW boats and one Border Patrol boat involved, he said, noting that game wardens work the river as fully commissioned Texas peace officers.

According to the Department of Public Safety, at least three drug runners were wounded in the gunfight.

Hidalgo County Sheriff Lupe Trevino said the shootout occurred in the Hidalgo County community of Abram. He said Texas Rangers, the TPW wardens and the U.S. Border Patrol were involved, and that his deputies were among those on the scene “after the fact.” 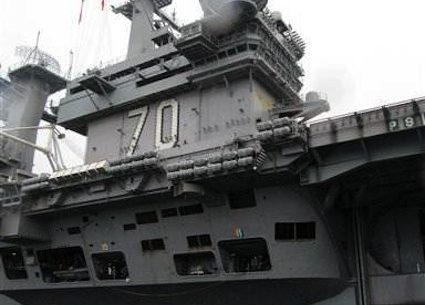