“This is highly sensitive stuff, involving programs costing tens of billions of dollars, employing hundreds of thousands of people and go to the heart of our national security,” Morrell said. “He wants this process to be as disciplined and as forthright as possible.”

Gates wants the budget to be judged as a whole, rather than in parts via selective leaks, Morrell said. The secretary thinks the agreement “will create a climate in which you can ultimately produce a better product, as people can speak candidly with the confidence that it will not be leaked,” he added.

The secretary wants the budget to be judged in its totality “because that’s where you will see the strategic balance he is trying to build,” Morrell said.

In testimony before Congress in January, Gates talked about making the hard choices on procurement. Projects that are significantly behind schedule or over budget are more likely to face the budget ax, he said.

Gates called for discipline in the acquisition process and said the department must freeze requirements at contract time.

Big-ticket items are going to go through a very thorough review as part of the fiscal 2010 budget process, Morrell said.

The White House’s Office of Management and Budget is expected to announce top-line budget figures tomorrow, along with a fiscal 2010 war supplement.

Obama wants to stop the supplemental process and transfer the costs for the wars in Iraq and Afghanistan to the base budget, but will not be able to do so this year, Morrell said.

“It’s extremely difficult for us to predict what our level of commitment is going to be in either theater, let alone theaters that we haven’t potentially thought of, God forbid, a year, two years, let alone 10 years from now,” he said. “So we are trying to be as helpful as possible to this process, but some of this stuff is not known at this point.” 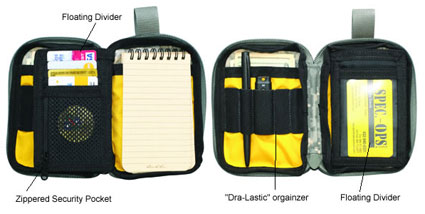