The United States should not rush into a change as large as repealing the ban on gays serving openly in the military without making sure the people it affects are on board, Defense Secretary Robert Gates said Wednesday.

Gates and Adm. Mike Mullen, the chairman of the Joint Chiefs of Staff, said an 11-month study into the effects of lifting the ban will examine practical questions such as how the change would affect the numbers of people who decide to remain in the service when their terms expire.

“There is very little objective data on this. It is filled as you know with emotion and strongly held opinions and beliefs,” Mullen said a day after announcing his own opposition to the ban as unfair to gay troops.

“That’s the work we have to do over the course of this year. We need to understand that in terms of what the senior military leadership’s principal concern is, which is the readiness and military effectiveness of the force,” he said.

The study is seen by advocates of a quick repeal as an unnecessary delay, or a political convenience designed to stretch any real action to lift the ban until after congressional elections this fall.

Answering critics from both parties during testimony on the proposed defense budget for next year, Gates offered his own resume as a cautionary tale. He noted that he has unusually broad management experience, having run three large public institutions – the CIA, Texas A&M University and the Defense Department.

“In each of those I have led and managed change,” Gates told the House Armed Services Committee. “I’ve done it smart and I’ve done it stupid. Happily, I think, the stupid was early.”

Gates said he learned that imposing change from on high does not work, and he is determined not to repeat that mistake. Pentagon press secretary Geoff Morrell said later that Gates was referring to a period in the early 1980s when he headed the CIA’s analytical division and made policy changes and sometimes harsh assessments that he came to regret.

Read more of the AP story via the Seattletimes.com. 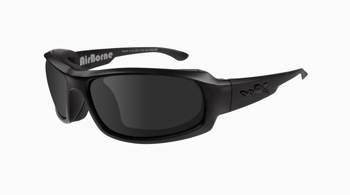