Army Gen. David H. Petraeus, who has commanded forces here since February 2007, will turn the reins over to Army Gen. Raymond T. Odierno. Petraeus will become commander of U.S. Central Command on Oct. 31.

Gates, making his eighth visit to Iraq, told reporters traveling with him that the withdrawal of the last surge brigade earlier this year signaled a mission transition for the coalition.

“We now have 11 provinces under provincial Iraqi control, … and there will probably be a couple of more by the end of the year,” Gates said. So it’s a transition from the focus on the surge brigades and the surge strategy to more Iraqi units in the lead, and the U.S. [units] in support and overwatch.”

Though this does not signal the end of U.S. involvement in Iraq, he said, “the areas where we are seriously engaged will continue to narrow.”

Petraeus has played a historic role in Iraq since taking command, Gates said, adding that the general would be the first to give credit to servicemembers who actually made the surge strategy work.

“They are the ones who put their lives on the line,” Gates said. “We’ve lost a lot of lives, but it’s really been really an extraordinary translation of a great strategy into a great success in a very difficult circumstance.”

The selection of Odierno to succeed Petraeus was made to ensure continuity. As commander of Multinational Corps Iraq, Odierno implemented the surge strategy.

The new commander’s challenge will be to work with the Iraqis to preserve the gains that already have been achieved while expanding upon them, even as the number of U.S. forces in Iraq continues to shrink. Some 8,000 American forces – 3,400 combat service and combat service support troops and a brigade combat team – will leave Iraq by the end of February without being replaced.

Any further reduction in U.S. troops in the country will be the responsibility of a new administration. Gates said he wants the next U.S. leaders to continue to listen to the commanders about the pacing of withdrawals, “so we don’t put at risk the successes we’ve had.”

“I think one of the major changes in the debate about Iraq is that it’s primarily now about pacing of the drawdown,” the secretary said. “I think there should be deference given to the commanders in the field on that score.”

Officials repeatedly have said the progress made in the past 18 months still is fragile, but has achieved some momentum upon which the Iraqis must build.

“The continuation of the political reconciliation is absolutely critical to Iraq’s success,” Gates said. Noting that Iraq is a rich country with an educated work force and some infrastructure, Iraq has a bright future if its political leaders can work together.

Iraqi and coalition forces will have to continue to ensure al-Qaida isn’t given the opportunity to re-gather its strength, and must guard against a resurgence in illegal militias, Gates said.

“There are still people who would like to see this fail, and so the important thing is going to be to keep the pressure on all of them,” he said. The Iraqi government must increase its effectiveness in bringing services to its citizens, and the people must “have a vested interest in the success of this democratically elected government,” he added.

Gates said another priority for the visit is to learn about efforts in intelligence, surveillance and reconnaissance.

“We have spent a lot of time and effort over the last eight months increasing ISR assets in theater,” Gates said. “[There are] more plans under way, and I want to see how it’s going. I want to see how it is applied on the ground, [and] take measure of all of that and see what more we might be able to do.” 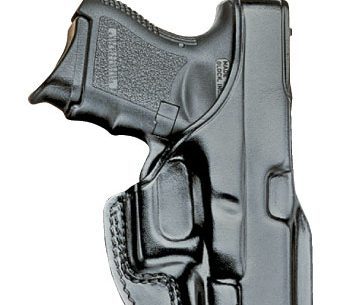