BRUSSELS, Belgium, June 12, 2009 – Minimizing civilian casualties has to be one of the highest priorities for U.S. and other NATO troops in Afghanistan, Defense Secretary Robert M. Gates said here today. Gates, along with the alliance’s other defense ministers, participated in two days of meetings here that concluded today, with Afghanistan as the main topic of discussion.
“We know the Taliban target innocent civilian Afghans, use them as shields, mingle with them and lie abut their actions,” Gates said during a news conference. “That said, every civilian casualty – however caused – is a defeat for us and a setback for the Afghan government.”

Defense ministers from the nations making up the NATO-led International Security Assistance Force discussed the problems of civilian casualties and how they affect strategy, NATO Secretary General Jaap de Hoop Scheffer said. The alliance apologizes for every inadvertent civilian death, he added, and is doing all it can to learn from mistakes.

Gates concurred, saying one of the alliance’s greatest strategic vulnerabilities in Afghanistan is accidental civilian deaths. “We can only succeed if Afghans believe we are their friends, partners and – with Afghan forces – their protectors,” he said.

The defense secretary stressed that the solution doesn’t lie solely with U.S. forces, since 43 percent of air support missions are flown in support of non-American forces. Gates said he told Army Lt. Gen. Stanley McChrystal, the new NATO commander for Afghanistan, that reducing civilian casualties “must be one of his highest priorities.”

De Hoop Scheffer, for whom this was the last defense ministerial conference before his term ends, spoke about the growth of ISAF since he took over in January 2004. Then, the command had 6,000 soldiers concentrated around NATO. “I’m leaving with over 60,000 all over Afghanistan,” he said.

The secretary general noted that some areas in Afghanistan are relatively safe. “We are trying, as NATO, to create an environment of security and stability,” he added.

But de Hoop Scheffer and Gates both acknowledged that tough times are ahead. They said this summer will be an active time, with more attacks and assaults — in part because more troops are able to go to more places and deal with more enemies. Still, de Hoop Scheffer said, the work NATO is doing for Afghanistan “is worth the high price” that the Afghan people and NATO servicemembers are paying.

The alliance cannot afford to lose the fight against the Taliban and their allies, the secretary general said. These groups want not only to destroy Afghan society, “they want to destroy our society,” he said. 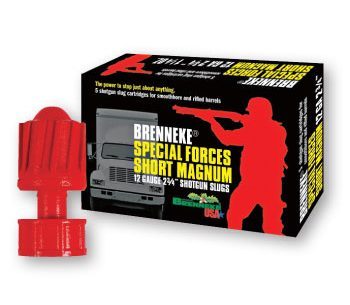