General Dynamics Ordnance and Tactical Systems recently unveiled its submission for the Next Generation Squad Weapon (NGSW) program. If the rifle proves as awesome as its hype video, the other competing companies are in trouble. And yes, that is a bullpup design you’re seeing. 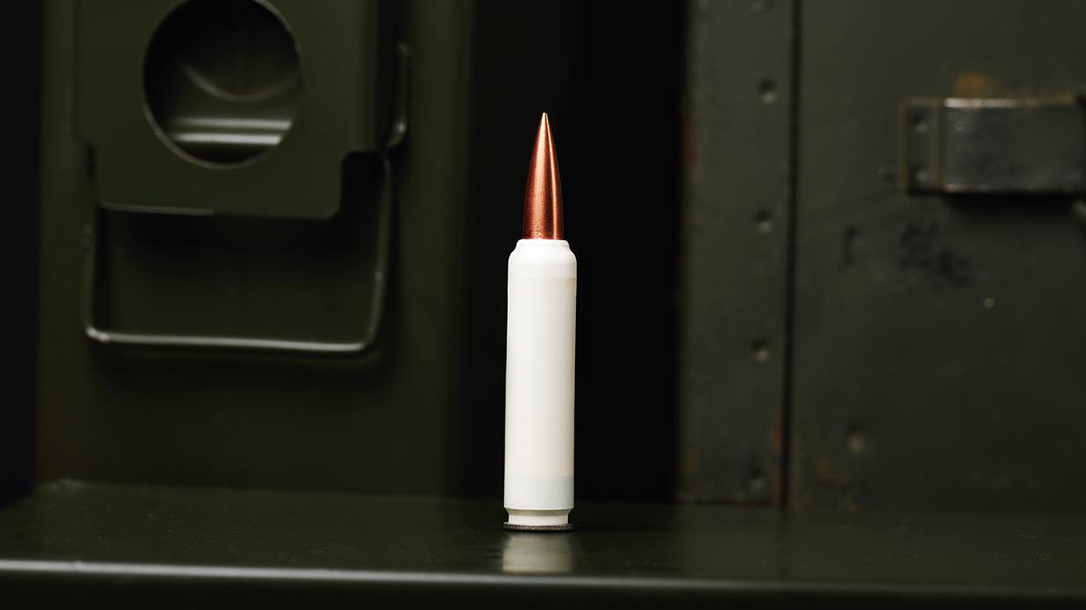 “Instead of the M16-style layout the Army has been accustomed to since the 1960s, GDOTS took their prototypes in a different direction with the bullpup configuration—the action and magazine located behind the fire control unit of the rifle,” reported militarytimes.com.

And that bullpup design might just give the GDOTS submission an advantage over the rest. The General Dynamics NGSW bullpup enables a longer barrel in a more compact frame; this helps maximize the effective range of the new 6.8mm cartridge, according to militarytimes.com.

Both the GDOT rifle and automatic rifle submission utilize ambidextrous controls. The charging handle can also be swapped to either side for operation. A full-length rail sits in the 12 o’clock position on the upper. Meanwhile, MLOK points adorn the handguard area, according to militarytimes.com. Of course the ejection port sits behind the trigger group. Footage shows the spent casings ejecting forward and away from the operators.

“In contrast to the SIG and Textron entries for the Automatic Rifles, GDOT’s (automatic rifle) feeds from what seems to be a 30-round box magazine, instead of a belt,” reported militarytimes.com. “This would place it in a similar role and level of combat functionality to the M27 IAR that the Marine Corps adopted as a partial replacement for the M249 SAW in its fleet infantry units, which also feeds from a 30-round box mag.”

The “non-belt-fed automatic rifle was to get back to the philosophy of the WWII-era Browning Automatic Rifle, a 30-06 beast that fired from a magazine,” reported militarytimes.com, citing a Beretta official. Beretta makes the guns for the General Dynamics submission, while True Velocity brings its composite-cased ammo design for the 6.8mm requirement. Both guns feature suppressors by Delta P Designs, according to militarytimes.com. 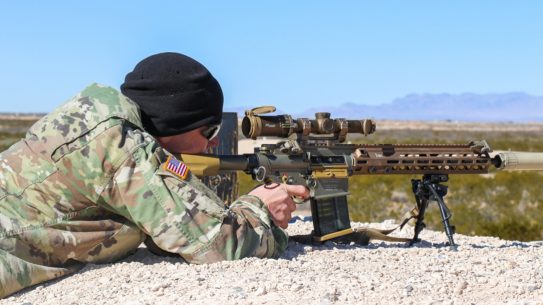 While the NGSW competition plays out, the US Army will reportedly begin fielding HK...