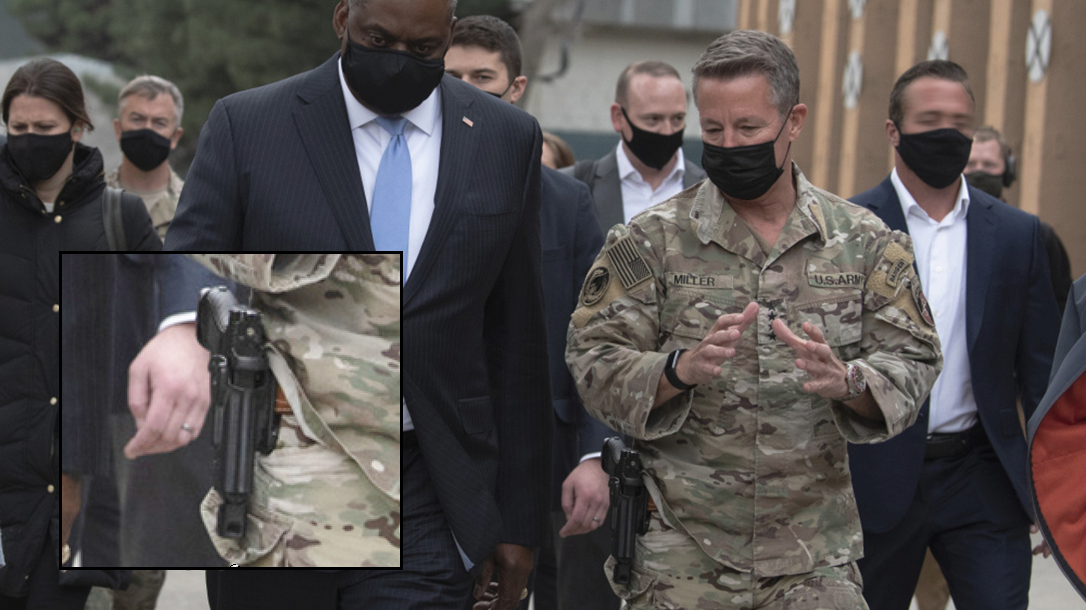 Army Gen. Scott Miller is most assuredly a gun guy. While we don’t know him, the Army‘s top man in Afghanistan previously carried a 1911 on duty. And during a 2018 attack in theater, the commander allegedly pulled his sidearm, seemingly ready to fight. Now recently discovered DOD photos show Scott Miller carrying a heavily modified Glock pistol, a rarity in military circles nowadays. 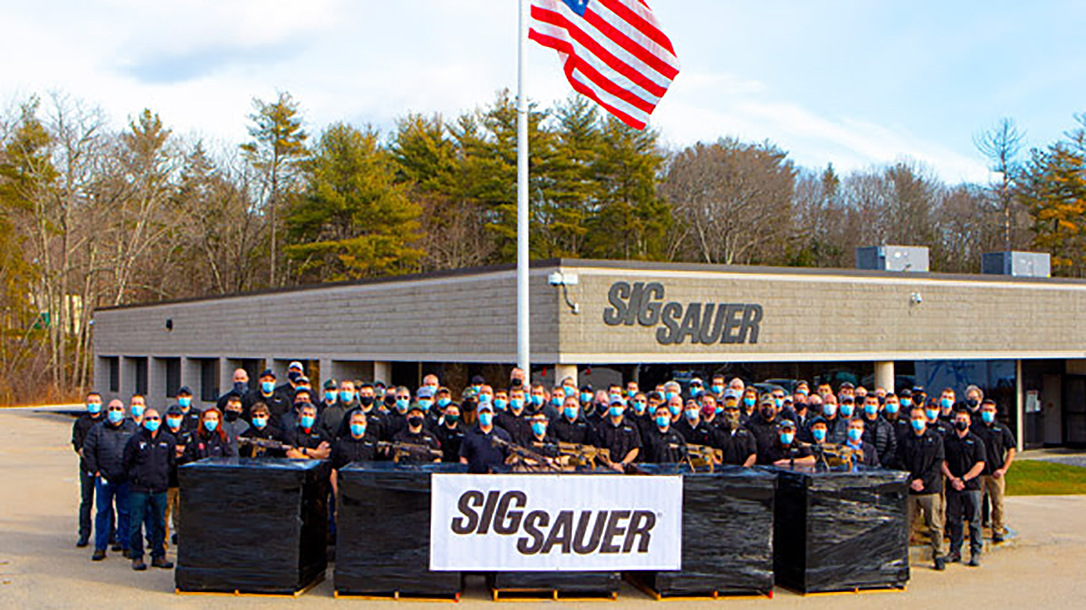 Glocks are nothing new for Miller. A photo dating back to February 2020 (see below) clearly shows him carrying a modified Glock. The pistol features a threaded barrels and also wears a miniature red dot optic. Meanwhile, the magazine sports a base pad, giving the General more capacity.

However, another more recent photo (see above) shows the General carrying another modified Glock with a compensator. On March 21, Secretary of Defense Lloyd J. Austin visited U.S. Forces in Afghanistan. While shaking hands with the Secretary, Miller again carries the modified Glock.

During the 2018 attack in Afghanistan, Miller famously drew his weapon. While the General didn’t fire, it remains exceedingly rare for a commander to be in such a position. The fact he drew his pistol, well that speaks to Miller being a different kind of soldier; and that’s a good thing.

“He is the most lethal guy in the U.S. military,” an unnamed special operations member told CNN following the attack.

“General Miller carries the weapon which makes the most sense from a METT-T [Mission, Enemy, Terrain, Troops, and Time] perspective,” said Army Col. William Leggett, reported Task & Purpose. “General Miller, in Farah Province in 2019, was armed with a M1911.”

So we have a commander who carries both 1911s and souped-up Glocks. We can get behind that. 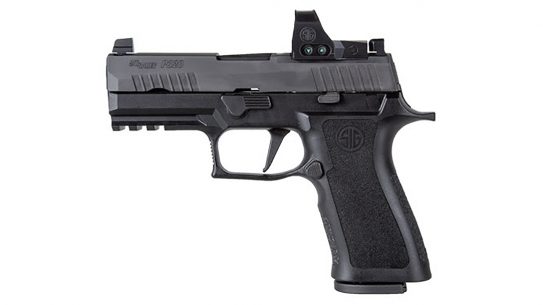