A wild scene erupted recently when police officers in Georgia encountered a knife-wielding suspect seemingly hell-bent on suicide by cop. The man, later identified as 23-year-old Aaron Hong, ignored numerous commands to stop, even pleas from Athens-Clarke County officers. But then he charged not once, but twice, nearly killing an officer in the process. Ultimately, officers shot and killed the man.

“Officers were sent to the location just before 12:30 p.m. after receiving multiple calls about a man acting ‘erratically’ holding a knife and covered in blood, Athens-Clarke County police Chief Cleveland Spruill previously said,” according to ajc.com.

“Hong was still holding the knife when the Athens officers encountered him, Spruill said. The GBI said Hong was ‘using the knife in an aggressive manner and appeared to be injured himself.’ Investigators said the blood Hong was drenched in was his own,” reported ajc.com.

For nearly two minutes, officers demand Hong drop the weapon. They plea with him, begging the suspect to comply. Both officers offer help to the man. But Hong seemingly wants no part of it, and he eventually charges one of the officers in a knife attack.

That’s when officer David Harrison fires what appears to be seven shots, dropping Hong to the ground. Though injured, Hong retains the weapon, and the suspect incredibly gets back up. Just when the officers decide to employ less lethal, calling for a Taser, Hong sees Harrison has holstered his weapon, then he charges the officer again. This time, the suspect gets the jump.

Footage shows an intense scene, as Hong gets to Harrison, wraps in a headlock, while the officer fights off the knife with one hand and attempts to cover his sidearm in the holster with another. He screams “He’s going for my gun!” And that’s when Officer Charles Bidinger fires four decisive shots, over a “hostage,” to put down Hong for good. 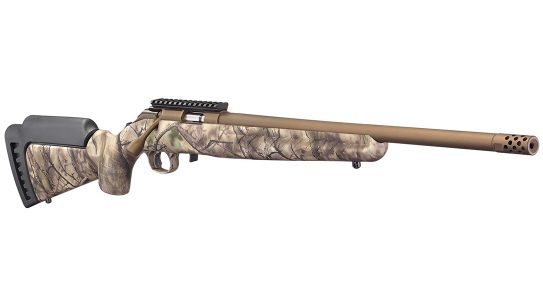