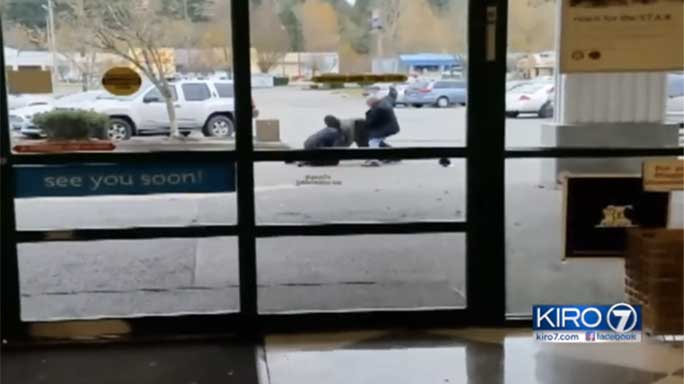 A good samaritan stepped in and saved a police officer who was getting violently attacked by a suspect in Washington.

KOMO News reports that Officer Spencer Bernsten of the Bremerton Police Department responded to a call last week concerning a man who had smashed in a window at a local Jack in the Box restaurant.

Bernsten arrived at the scene and approached the suspect, later identified as 33-year-old Kenneth Lane.

“I went up there to contact him and he was not listening to my verbal commands and not compliant,” said Ofc. Spencer Berntsen.

“He got on the ground, then got up and that’s when I tried to deploy the Taser,” said Berntsen.

But the taser malfunctioned. Things escalated from there.

Multiple witnesses recorded the struggle. According to KIRO 7, one angle shows Lane punching Bernsten in the head. Another shows Lane getting him into a headlock.

One bystander, Kelly Bounds, described the attack: “He jumped up, he swung at the officer two or three times, got into a head hold, and I saw the officer’s face plant in.”

That’s when Bounds decided to act. He ran over and began punching Lane to try and get him off Bernsten.

“He took a swing at me. Of course, I was on my feet still, so I was able to jump out of the way,” Bounds told KIRO 7.

Bernsten suffered some cuts and bruises, but he’s back on the job. Lane is being charged with assault in the third degree and malicious mischief in the third degree. KIRO 7 says Lane is a convicted felon with a long rap sheet, as well as a history of mental illness.

Bernsten met up with Bounds a few days later to convey his thanks for helping him in that situation. In the end, had Bounds not been there, this story could have had a much different ending.

“This is a dangerous job at the end of the day and people say, ‘Well, why are officers so touchy? Why are officers so extremely careful when they encounter somebody?’ This is why – because there are people who are willing to violently attack a police officer,” Bremerton Police Chief Steve Strachan told KOMO News. 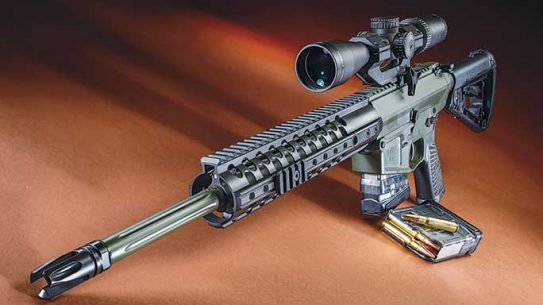 When you absolutely have to get 'er done in a hurry, reach for Wilson...