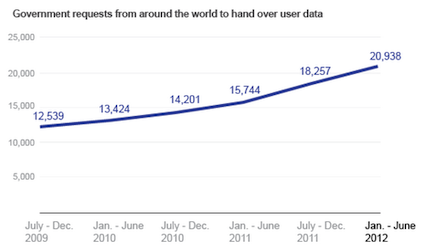 We think it’s important to shine a light on how government actions could affect our users. When we first launched the Transparency Report in early 2010, there wasn’t much data out there about how governments sometimes hamper the free flow of information on the web. So we took our first step toward greater transparency by disclosing the number of government requests we received. At the time, we weren’t sure how things would look beyond that first snapshot, so we pledged to release numbers twice a year. Today we’re updating the Transparency Report with data about government requests from January to June 2012.

This is the sixth time we’ve released this data, and one trend has become clear: Government surveillance is on the rise. As you can see from the graph below, government demands for user data have increased steadily since we first launched the Transparency Report. In the first half of 2012, there were 20,938 inquiries from government entities around the world. Those requests were for information about 34,614 accounts.

Learn more about this report here. 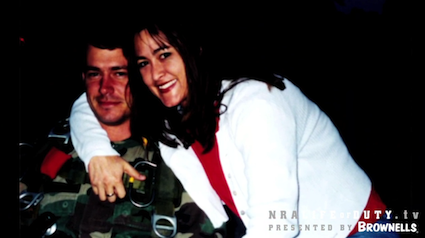 Image: Google According to Googleblog.blogspot.com: We think it’s important to shine a light on…