Four years ago, Governor John Lynch blocked efforts by gun rights advocates to expand a person’s right to use deadly force in self-defense without first attempting to retreat.

When the legislation comes back next year, Lynch may not be able to stop its passage.

In his veto message blocking the 2006 gun bill, Lynch, a Democrat, said he wanted to avoid a law that “would authorize any shopper to instantly shoot and kill a thief who had grabbed or tugged at the shopper’s purse or briefcase, regardless of how many shoppers might be placed in harm’s way by such actions.’’

His opposition led to a compromise this year that softened the prohibition against drawing a gun on someone. The new law takes effect Saturday and allows citizens to show a weapon to warn away a potential attacker.

That law may not stand long, however, before being replaced by the Republican-led House and Senate.

Bills have been filed built on the Castle Doctrine, which says a person has no duty to retreat from intruders before using deadly force. The legislation also would expand citizens’ rights to use deadly force in public or anywhere they have a right to be — known as the Stand Your Ground principle.

New Hampshire law allows the use of deadly force inside the home in defense against certain crimes such as rape. Deadly force also can be used in public places to defend someone else or to stop a serious crime such as rape.

The law requires citizens to retreat if they can do so safely, except at home when they are not the aggressor.

Gun rights advocates say people should not be faced with the split-second choice of deciding whether protecting themselves will lead to criminal prosecution.

State Senator Jack Barnes, Republican of Raymond, said: “Why should I have to run away? It’s my house.’’ 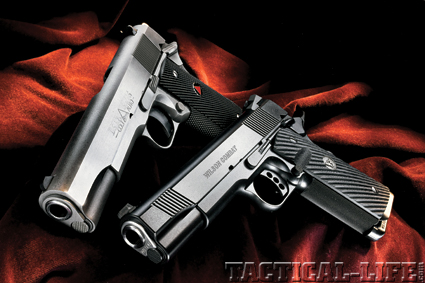