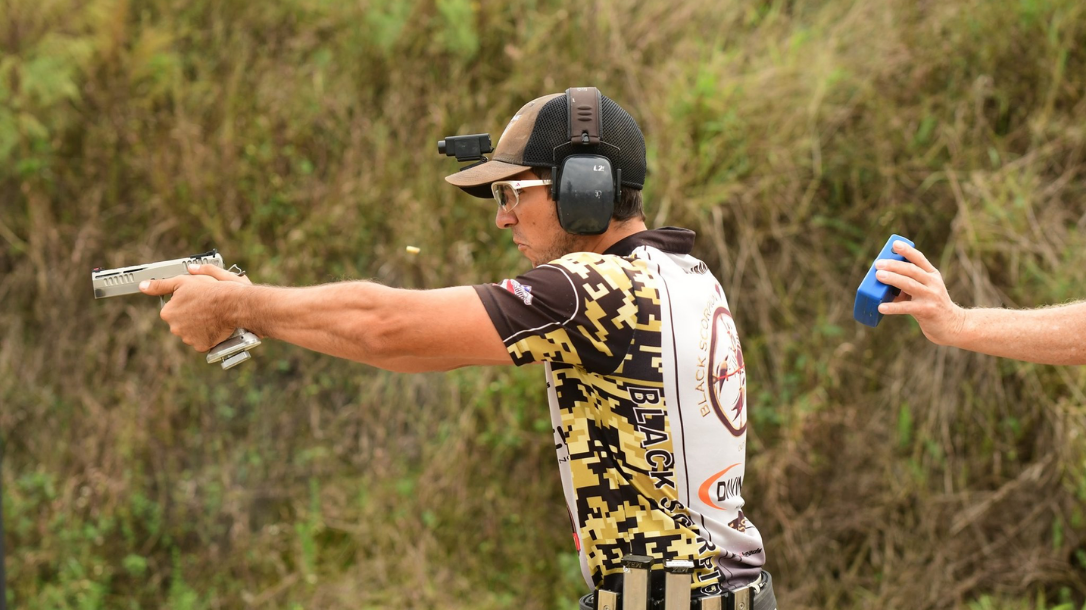 Winning any state championship is a pretty significant accomplishment, but winning two in the same weekend? That is doubly impressive. Gorka Ibañez pulled this off starting with the United States Practical Shooting Association (USPSA) Florida State match, held at the Wyoming Antelope Club near Tampa, Florida. Featuring 11 stages, the USPSA match also had over 250 competitors in attendance. Gorka took home first place in the Limited Division for his first win of the weekend.

IDPA in the Pouring Rain

The next day, Gorka Ibañez joined 234 other shooters taking part in the FL State IDPA Championship. The multi-day event saw many shooters battling the torrential downpours that are such a staple in Central Florida “winter” matches. The state level IDPA match was at Universal Shooting Academy in Frostproof, FL. At this match, Gorka took home a win in Enhanced Service Pistol (ESP) division; and second place overall in the match. As mentioned, the weather didn’t cooperate for this one.

It’s pretty likely that someone has pulled off a double state championship before. That being said, it’s extremely unlikely that anyone has ever done it in the same weekend. That’s what makes this impressive, because winning a match isn’t just about shooting fast and accurate. Yes, that’s important, but there’s also the mental aspect. Gorka wasn’t shooting against scrubs. At the IDPA match he had to beat 6 other Masters in ESP, and a few Experts that will get bumped up to Master now. USPSA was the same – Grand Master Manny Bragg was shooting the FL USPSA match. So were a couple of USPSA Master class shooters, including defending IDPA National Champion Les Kismartoni (Les Pepperoni on Practiscore). Maintaining the level of focus necessary to not make a mistake and get eaten by one of those shooting sharks is a tough accomplishment at one match, let alone two back-to-back.

Other Winners from the FL State Championships

At the Florida State USPSA Championship your other division winners are:

Additionally, here are your winners from the FL State IDPA Championship

Congratulations to Gorka Ibañez for his awesome accomplishment, and to all the other winners as well!

If you've ever wanted a video game HUD on your modern sporting rifle, the...