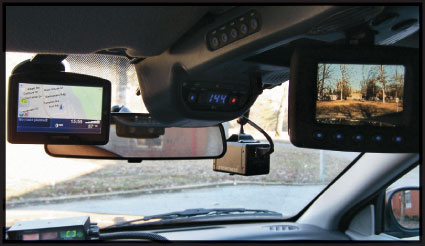 Getting from point A to B is the thrust of what handy GPS units are all about, but LEOs, lawyers and forensic experts are finding that the technology can also be used to put criminals behind bars.

Similar to GPS-equipped cellular phones, the now very affordable GPS units like those from Garmin and TomTom are becoming commonplace on the dashboards of many motor vehicles registered in the U.S. as well and drug-running vessels off our shores.

In a 2005 murder case, GPS evidence gathered by prosecutors put motorist Eric Hanson at the scene of a vicious crime. According to an AP report by Mitch Stacy, “Prosecutors in suburban Chicago analyzed data from the Garmin GPS device to pinpoint where Hanson had been on the morning after his parents were fatally shot and his sister and brother-in-law bludgeoned to death. He was convicted of the killings and sentenced to death.”

The case above is not an exception to the law-enforcement realm—rather it’s becoming a “rule for the road” so to speak. There have been several cases in the recent past where GPS units have established a defendant’s whereabouts. Cases in point:

• PREDATOR CAUGHT: A Montana man pleaded guilty to raping a woman after the judge in his case ruled that the GPS evidence could be used. The man’s unit clearly showed the man’s prowling route in the victim’s neighborhood.

• BURNED IN PA: In Pennsylvania, a trucker was found guilty of setting his own home on fire in an insurance scam. GPS info proved that his big rig was parked 100 yards from his home as it burned.

• NABBED BY CELL GPS: In 2006, cops in Virginia used a homicide victim’s GPS-equipped cell to find it stashed in a garbage can behind the home of the man who eventually was charged with killing her.

As technology advances, so too will crime, but so too will the tools cops can use to fight back. 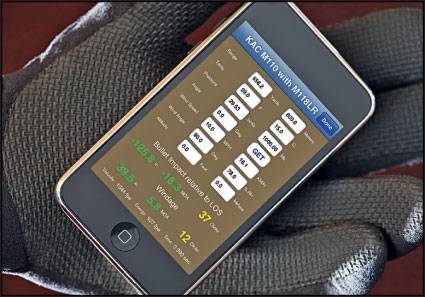 BulletFlight: Ballistic Data For The iPOD