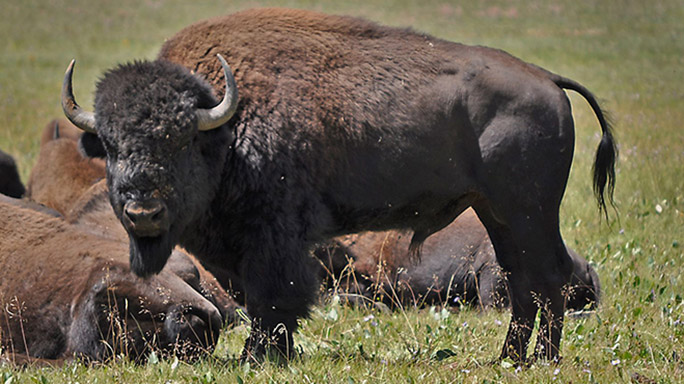 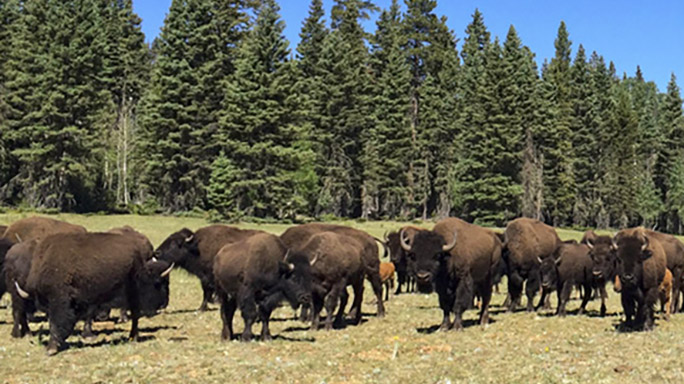 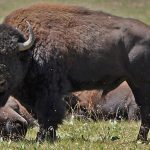 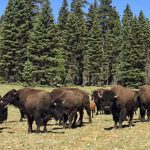 If you’re skilled with a firearm and physically fit, the National Park Service wants your help thinning a Grand Canyon bison herd that is damaging park resources.

According to the Associated Press, the Grand Canyon bison herd are descendants of bison first introduced to northern Arizona in the early 20th century during a ranching operation to crossbreed them with cattle. They’re now owned by the state of Arizona, which has an annual draw for tags in the Kaibab National Forest in Arizona. This year, almost 1,500 people applied for one of 122 tags.

The herd has grown from around 100 bison in the early 1900s to between 400 and 600 bison today, the NPS stated in a news release. Biologists think the herd could grow to almost 800 over the next three years. In 10 years, the number could be as large as 1,200 to 1,500 animals. The AP says in recent years they’ve been moving within the Grand Canyon boundaries, where open hunting is prohibited. They’ve been spotted mostly in the North Rim of the park.

Due to the negative impact the Grand Canyon bison herd is having on park resources like water, vegetation, soils, and archaeological sites—not to mention “visitor experience and wilderness character”—the NPS has decided to step in and reduce the size of the Grand Canyon bison herd. This will ll be done over the course of two days, using skilled volunteer hunters and non-lethal capture and transfer to cooperating agencies and tribes.

The Associated Press says shooters will be picked through a lottery system. They’d be working in conjunction with a NPS employee to shoot bison using non-lead ammo in order to protect the endangered California condors that feed on gut piles.

As hunters aren’t allowed to harvest more than one bison in their lifetime during the state hunt, the number of volunteers for this NPS-sanctioned project could be big.

“I would go if I had a chance to retain a portion of the meat,” said Travis McClendon, a hunter in Cottonwood, told the AP. “It definitely would be worth going, especially with a group.”

Right now, the AP says, officials are working up guidelines for roundups and volunteer shooters. Most of the work would be done on foot in elevations of 8,000 feet or higher between October and May, when the road to the North Rim is shut down. In order to remove the bison meat, snowmobiles and sleds will be used, as well as helicopters in rare cases.

Carl Lutch, the wildlife manager for the Flagstaff Game and Fish office, told the AP some of the models they’ve worked up so far require hunters to be capable of hiking eight miles a day with a 60-pound pack and hitting a paper plate 200 yards away five times. 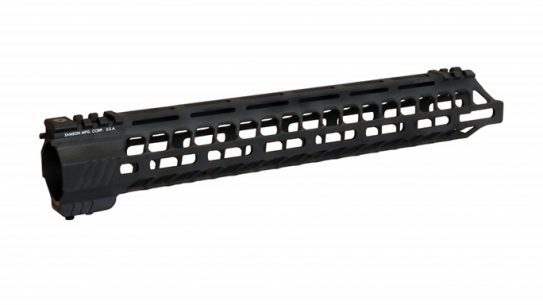