A Grand Rapids Police Officer used his cruiser on Thursday to run down a wanted homicide suspect who exchanged gunfire with officers. The move quickly ended the pursuit.

Watch the officer’s encounter in the video above, filmed by a bystander. 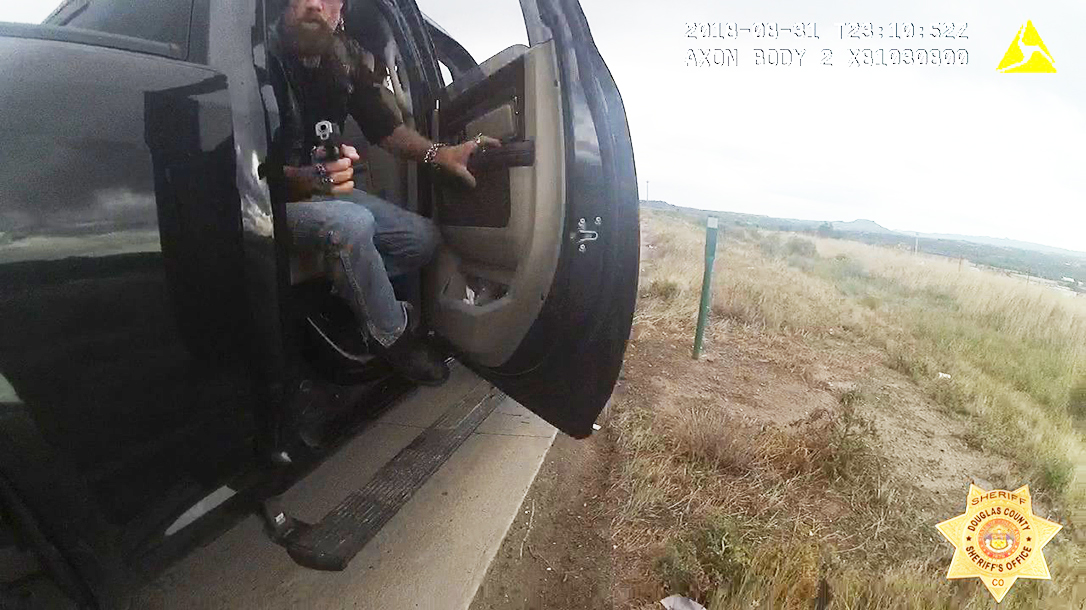 Grand Rapids Police and officers from the Michigan-based Wyoming Police Department were investing a homicide on the morning of Sept. 27.

Police identified the suspect as 33-year-old Adam Nolin of Wyoming. After identifying Nolin, police sent out an alert to media partners requesting assistance in locating the suspect. It didn’t take them long to locate Nolin’s vehicle.

Video shows Nolin fleeing from officers on US-131 and firing a handgun at them. As that happens, a Grand Rapids officer uses his cruiser to hit the suspect and end the lethal threat.

Police took Nolin into custody and transported him to a local hospital with serious injuries. Police identified him as in serious but stable condition.

According to police, there were no other occupants in the vehicle with Nolin throughout the incident.

“Although any such encounter is traumatic, there were no serious physical injuries to officers or uninvolved civilians in the area that we are aware of,” police said.

“The homicide investigation will remain under investigation by the Wyoming Police Department,” police said, “but all three agencies will work collaboratively to share information and evidence pertaining to [Thursday’s] events.”

A second video of the incident can be seen below. 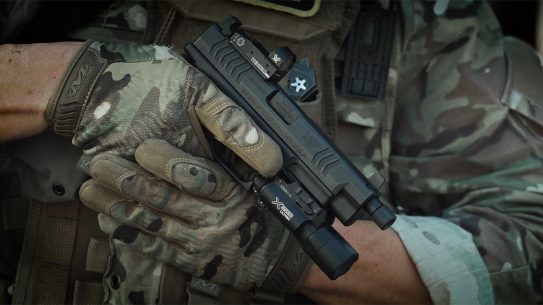 With modularity at its forefront, Springfield Armory makes the addition of optics and a...